The media is pumping up a potential Meghan Markle Hollywood “return.” Let’s take a look at why the whole narrative is simply wrong.

It’s been a minute, but we’ve seemingly circled back around to the idea of Meghan Markle conquering Hollywood!

That’s right! The Hollywood dream is still very much on the cards if you believe the tabloid media.

Sadly for Meghan and Prince Harry’s fans, it’s maybe not worth getting wild with anticipation just yet.

Let’s look at what has been said.

Okay, so let’s look beyond the headlines and try to unpack what is perhaps one of the more ludicrous media reaches to claim Meghan Markle is a bona fide Hollywood star.

Meghan Markle is “planning a movie comeback,” which could net her £38 million after she and Prince Harry “relocated to be close to Hollywood,” reports claim.

A comeback? This would suggest she was previously a movie star, surely?

Are we talking about her last movie appearance five years ago in the widely-panned British-Hungarian faux-gangster production Anti-Social?

The movie that received a 25% rating on Rotten Tomatoes and a single star in its Empire review? The movie described as “a painful slog, dire, awkward, dreary, flimsy” and filled with “weak acting?”

There has to be an actual movie career to facilitate a “comeback.”

But a Hollywood director said Meghan would be great!

Let’s break this down a little, as it seems the media are taking what Paul Feig has said and creating their own Frankenstein monster of a narrative.

Feig, a Hollywood director, was asked about Meghan Markle and replied:

Meghan – bring it on. I would love to have you in a movie. I think she is great. I’m a fan.

First of all, someone asked Feig about Markle. Unless he’s a complete douchebag, he’s hardly going to reply with ‘Meghan Markle? Dude, she’s almost 40 and has shown zero acting ability beyond what she did on Suits. Ain’t gonna happen.’

I pretty much guarantee you if someone had asked him about Prince Harry he’d have said something equally generic about how he’s great, he’s a huge fan, let’s make it happen.

Paul Feig was being kind. I doubt he’s rushing out there to campaign for Meghan Markle to star in his movies. 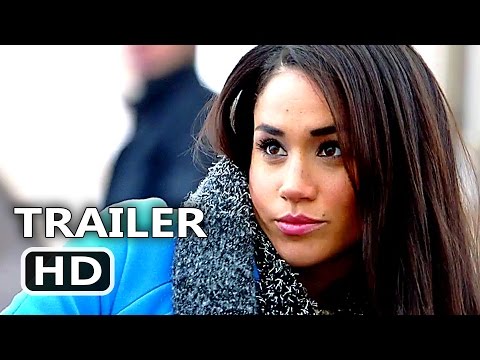 But Meghan Markle could work with Tom Hanks and Will Smith!

Whatever role she does, everyone is going to want to see her. We are talking a $50 million [£38m] fee. People are going to be fascinated to see her perform at the very start. If Will Smith or Tom Hanks agree to play opposite her, that will give her ­integrity and credibility because she is going to be judged by the company she is put against.

Once again, comments like this will only get the Sussex Squad and other Meghan Markle fans whipped into a frenzy.

Who is Jonathan Shalit? One of the top movers & shakers in Hollywood? A huge director that I’d never heard of before?

Or the guy who executive produced Pudsey the Dog and was the voice behind Cyril the Chicken?

I’ll let you work out which of these descriptions fits.

I’d advise the world’s biggest pinch of salt when reading about Meghan Markle working with Tom Hanks and earning $50 million per movie.

Meghan could return to Suits and make it the biggest show ever!

Claims of $50 million movies with Tom Hanks and Will Smith isn’t all that Cyril the Chicken wanted to talk about.

He also dropped this bombshell on us:

If she returns to Suits, it would be the biggest TV series in the world.

The biggest TV show in the world? Sure.

Jennifer Aniston, Courtney Cox, and Lisa Kudrow are the highest-paid TV actresses of all time from their role in Friends.

Despite the last episode of the hit series airing over 15 years ago, each cast member still pockets around $20 million per year, and the show still earns Warner Bros a ridiculous $1 billion per year.

I’m no Hollywood expert, but I’m guessing that Suits would have a little ways to go before even coming close to knocking Friends of its perch for the title of biggest TV series in the world.

Despite all of the ridiculous claims in the media of late about Meghan and her potential for greatness, there is one claim that tops them all.

The claim from Meghan Markle and Prince Harry that there’s an agenda against them in the media. The coverage of late has been so ridiculous and skewed that I thought Omid Scobie had written the articles!

September 25, 2020 23 Comments
← PreviousKaty Perry Seems To Be Going From Bad To Worse
Next →Sharon Stone Blames Anti-Maskers for Sister’s Illness – And She’s Right!