Prince Harry is stepping up to the plate. After a charity watchdog group accused the royals of misappropriating funds, the younger Windsor came out swinging in defense of both himself and his older brother.

Think about how different things would be if William had done the same when his brother needed him the most.

Prince Harry Won’t Stand There & Let You Trash His Brother

An anti-monarchy group called Republic has set Prince Harry and Prince William in their crosshairs.

According to Republic, the young royals misappropriated hundreds of thousands of pounds from The Royal Foundation, Prince William and Kate Middleton’s charity.

The group alleges The Royal Foundation gave around $184,000 each to both Sussex Royal and Travalyst. Sussex Royal was the now-shuttered organization set up by Prince Harry and Kate Middleton. Travalyst is Harry’s eco-travel venture.

It’s a bad look for Prince William, but the future King’s younger brother isn’t here for it. He defended the grants through a spokesperson – and not just to protect his own image.

The spokesperson shot down allegations of impropriety at The Royal Foundation:

Grants made to the non-profit organization Travalyst are for the ongoing development of projects that will support communities, wildlife, and the environment through sustainable travel and tourism. All grants have been made impartially and objectively, fully in line with governance requirements, and have been reported transparently in full accordance with regulations.

Can you imagine how different things would be if William had done the same thing for his brother when the chips were down?

What If Prince William Had Taken a Stand Too?

This is not to say that Prince Harry doesn’t have his own problems when it comes to his “eco-charity.”

Many so-called “environmentally-conscious” charities are notorious for leaving a less-than-desirable carbon footprint. One should always err on the side of caution when taking up environmental activism. 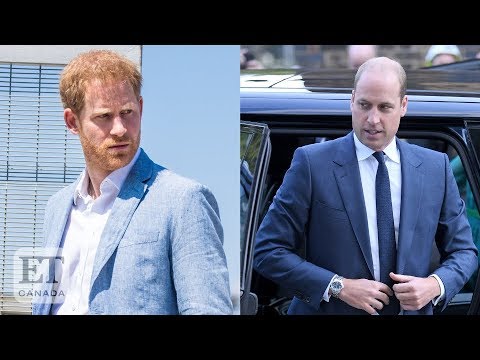 That still doesn’t excuse Prince William’s decision to remain silent when his brother’s organization faced attacks from both politicians and the press.

Nor would it have taken any effort for William to stand up for his brother when he, his wife, and his young son were staring down the brunt of the British gutter press’s unremittingly awful behavior.

Imagine how different things would be in Britain if Prince William had taken up for Prince Harry and Meghan Markle instead of feeding them to the wolves.