Popular streamer Imane “Pokimane” Anys announced yesterday she had signed a deal with Twitch that will see her remain on the Amazon-owned platform for the foreseeable future.

Aside from squashing rumors that she was considering a jump to a rival streaming platform, the news also highlights why Twitch retains a substantial advantage in the ongoing streaming war.

Twitch Still Has the Upper Hand

In a YouTube video accompanying the announcement, Pokimane detailed the reasons that led to her decision to stick with Twitch despite offers that included what she describes as “life-changing money.” 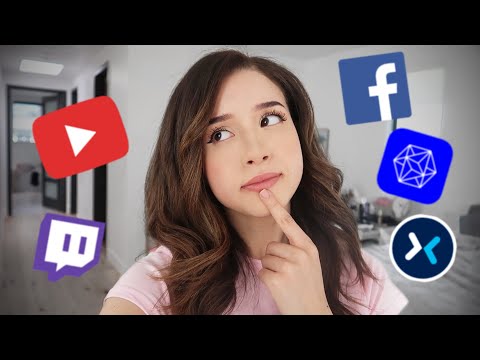 Her decision gravitated mainly around the positives Twitch offers as a platform to streamers. Pokimane pinpoints the underlying Twitch infrastructure – notably reliable servers and a low streaming delay – a crucial component of chat interactions.

Any other platform is going to have a much longer delay than Twitch, which really sucks. Especially because you’re moving your community around to a whole other website, and interaction is even that much more important to keep them around.

The Power of Community

Pokimane also explained that the Twitch community – the chat and the streamers – weighed heavily in her decision. She notes that rival platforms have yet to develop a defined culture, such as the one found on Amazon’s platform.

No other platform really has that. And, it will take many many years to develop, obviously. But, even things like streamer memes or inside jokes – I just feel like Twitch is an entertaining community to follow and to be a part of.

It’s a sentiment that Rachell “Valkyrae” Hofstetter echoes. In a recent video, Valkyrae compares her high-profile switch from Twitch to YouTube to being on an island.

The streamer also highlighted how Twitch is synonymous with live streaming, is its de facto home, and the go-to place for “new game releases and big events.” A jump to a rival platform would mean losing out on recognition as a top-streamer.

Long story short, I just felt for many reasons it’s better to take less money to feel like I’m going to be happier overall. There won’t be a hassle of moving my community around or moving platforms.

As the Initial Rush Fizzles Out, Will Big Payouts Be Enough to Lure Streamer Away?

While Pokimane’s take is clearly linked to her position as one of the top streamers, it does highlight that Twitch remains the most popular streaming platform available.

It also raises the question of how long “life-changing” payouts will be enough to lure the most prominent names away if rivals such as Mixer are unable to establish a similar sense of community.

Pokimane’s deal may signal a shift in how streamers approach these lucrative deals.