Pokemon fans can be a zealous bunch at times. If you don’t believe me, just check out my Twitter comments after I told them the list of cut Pokemon wasn’t a big deal. It seems that this level of zeal might actually be starting to cause the community some problems.

Someone over on Reddit was watching the latest Game Freak live-stream and noticed that the streamer couldn’t catch certain Pokemon. It turns out that in the wild areas you’re restricted from capturing monsters that are too strong. Obviously, because these are Pokemon fans, this caused some uproar. The problem is that we’ve known about this change since June.

The Pokemon Fanbase Is Too Reactionary

The issue here is that no one took a moment to think. Instead, someone jumped immediately to Reddit to make a post in their indignant rage. Joining in was, of course, the natural response of the Pokemon Reddit community, which has accepted this game as the second coming of Satan. The first was Pokemon Channel.

GameFAQs has a slightly more measured response, somewhat surprisingly. People on a similar thread there actually did point out that the change had been known about since June. Better still, they even defended the change in many ways, providing a reasonable balance to the mouth-frothing masses on Reddit.

Is the Level Cap a Problem?

As many have pointed out, the level cap does make a lot of sense in many ways. The wild area is the addition of a brand new, completely open-world to Pokemon for the first time. Without having certain areas capped off to the player, there has to be a way to prevent them from capturing overpowered Pokemon.

If you could walk into an area at the start of the game and somehow capture a level 60 Pokemon, you’d be able to cheese your way through the game. Some might argue that the disobedience of high-level Pokemon makes this less likely. If that’s true, then why do you even want them in the first place?

I know there are going to be a fair few people out there who also use the ‘shiny’ argument. I can understand that it would suck to lose a shiny Pokemon because it’s too high level for you, but think about it for a second. The chances of naturally coming across a shiny are pretty astronomical. Most people who find shiny Pokemons are hunting for them, and if that’s the case all they have to do is leave it until after all eight badges are obtained. Problem solved. 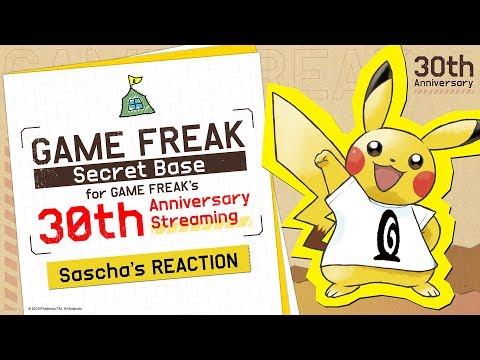 To Wrap Things Up

I sometimes wonder if people misunderstand me when I write these articles. I don’t write them because I think that Sword & Sheild is going to be the second coming of Christ. Far from it. I’m skeptical about some of the changes, but I am overall just excited to get our first major console Pokemon title since the GameCube.

The reason I write about this stuff is that I hate seeing the messed up way that the fanbase handles these changes. As soon as any new thing is announced, most of the fanbase immediately goes into a frenzy. Wouldn’t it be better to wait until the game comes out and then respond once you know how it all works?

Game Freak listens to what the fans are saying. This level of reactionary bullcrap is going to make them scared to ever try anything new ever again. Is that what we really want? The exact same game over and over again? Oh, wait. Lots of Pokemon fans are also Nintendo fans, so I guess that is what they want.