With Palantir going public, let's look back at its founder's thoughts on 9/11. | Source: Heisenberg Media/Flickr

After co-founding PayPal in a merger with Elon Musk and giving Facebook its first seed capital, Peter Thiel started Palantir Technologies. Now the deca-unicorn is debuting on the stock market in a direct listing at a valuation of $10.5 billion. Only that’s half the amount investors valued the company five years ago.

Palantir provides data analytics to corporations and the government (including the DOD, DHS, DHHS, NSA, CDC, FBI, and police departments). The market isn’t sure whether to expect software or consulting company profit growth.

That may have to do with the fact that Palantir only has 125 customers. But their average revenue per customer by the end of 2019 was $5.6 million. And Peter Thiel says his business strategy all along has been to focus on a small enough market to fill first. Then pivot after reaching critical mass, and create something with huge network effects.

Peter Thiel Has An Interesting Take on September 11

This time last year, Peter Thiel sat down to discuss 9/11, and an essay he wrote on it, The “Straussian Moment.” In it, Thiel says Americans settled into an inward-facing, self-centered complacency sometime after WWII. He says it became apparent when Woodstock rivaled Apollo 11 for the world’s attention in 1969. Watch: 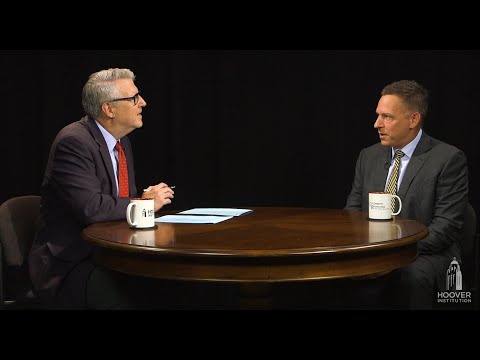 Then the 21st century started with a bang. Something that lives in that outer world with us blew up in our faces while we weren’t paying attention. We didn’t even know who it was or why they were so angry at us.

But we had the perfect formula to charm away and repress even literally 9/11, so we wouldn’t have to wake up and deal with reality.

This is from LiveScience on the tenth anniversary of the September 11 attacks:

Almost any American old enough to remember 2001 has an answer to that question. Classrooms, office parks, living rooms, dorm rooms — wherever you happened to be when you turned on the television or saw the smoke or got a frantic phone call — became imbued with extra meaning.

Why would anybody think where they were on September 11 matters, unless they were in or near the towers? Or on the planes. Or in the Pentagon.

Americans Must Remember The World Isn’t About Just Us

The nation remembers on the 19th anniversary of September 11. Watch: 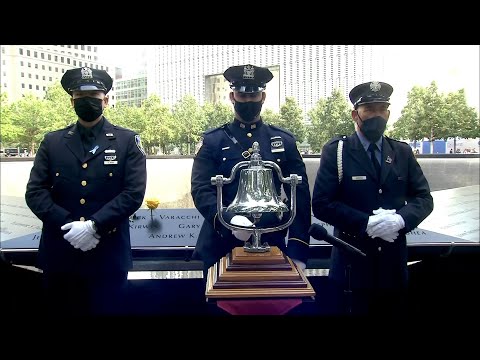 This is a really good country with good people, and it’s painful to speak a word against the US on this day, but that’s 20th-21st Century American narcissism.

Someone’s got to say it. Americans still found a way to make 9/11 about what room they were in when they watched what happened on television.

…memories of that day readily come flooding back. People can remember with great clarity what they were doing or to whom they were speaking when they learned of the crisis

Forget the victims. I remember where I was on 9/11.

We don’t even call it the World Trade Center attack like we call Pearl Harbor. We call it 9/11 because it’s about where we were on that day, not the victims.

It’s certainly not about where the hijackers were and why, even though they’re the ones that did it.

We “Never Forget” September 11, so we can always repress the meaning of that day and its implications for Americans.

Peter Thiel traces many social, political, scientific, and commercial dysfunction to this inward-facing modern Western mindset. And he asserts in his famous essay on September 11, “The Straussian Moment,” that its events demand we reexamine this mindset. He says to survive the challenges of the future, we will have “to look at the world anew, to think strange new thoughts.”