Warner Bros Interactive Entertainment is reportedly up for sale. The current owners, AT&T, are looking to make $4 billion from the studio. On the list of potential buyers are companies like EA, 2K, and Activision.

If you’re wondering why this matters, try to remember just how much content Warner Bros actually owns. Now imagine all those beloved properties in the hand of a company as awful as Activision.

Warner Bros Interactive Entertainment Own a Lot of IPs

The list of Warner Bros video games is pretty huge–all of the Lego games, the Batman Arkham series, Mortal Kombat, and Harry Potter, just to name a few.

In particular, the Batman Arkham series has featured some of the best DC Comics-based video games of the past decade. They’ve not been without their problems, but they’ve still been good.

Another huge franchise they own is the Middle-Earth games. The two ‘shadow’ games were both pretty decent, despite some missteps from Warner Bros with the most recent entry.

Now imagine if all these games had been made by the team that decided Star Wars Battlefront II was a good idea. 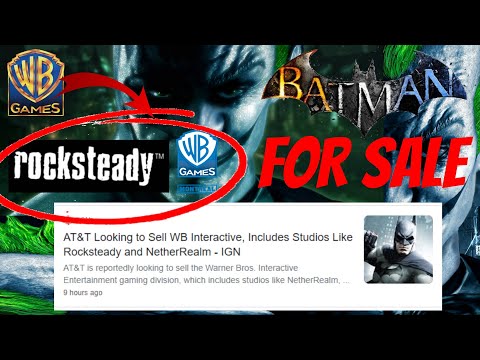 No Matter Who Buys These IPs, We All Lose

Let’s take a look at the people who might buy all of Warner Bros’ hot IPs. EA is a company famous for winning ‘worst company’ awards and pretending that loot boxes aren’t the bane of gaming.

Activision is a company that recently banned one of its players for voicing his political opinion. Not to mention that time they decided to own all your mods.

Of all the choices, it seems like 2K Games would be best to buy Warner Bros Interactive Entertainment. They’re not perfect, but they’re probably better than EA or Activision.

Whoever gets these properties is going to have a lot of new work in the pipeline. Let’s just hope they don’t make Tolkien roll in his grave. Well, any more than the Middle-Earth video games already did.