The rumored partial trade deal between the U.S. and China helped lift the Dow Jones Industrial Average on Wednesday, but new survey data suggest it still may not be fully priced into business forecasts.

Liz Ann Sonders, the chief investment strategist at Charles Schwab & Co, published results from Evercore ISI Research’s survey into the U.S. market, showing a glimpse into the sentiment of local companies as the trade dispute drags on.

Investors generally anticipate a trade deal to emerge before the year’s end and in that regard, the financial markets are reflecting the anticipation for a deal by investors. However, the potential impact of the deal on the markets could be larger than expected.

Stocks could see a large rebound even with a partial deal

According to Evercore, the number of industrials companies citing troubles due to the tariffs imposed by the U.S. and China has substantially increased from 57% to 81% in 2019. Last October, just 33% of industrials cited tariff-related struggles.

How have tariffs affected businesses overall, and industrial companies specifically as per #EvercoreISI survey pic.twitter.com/oH5OLq1ueM

Overall, companies across various industries have begun to feel a large negative impact from the tariffs because the trade dispute has lasted longer than the most analysts – and businesses – expected.

“Industrials citing a negative impact from tariffs rose from 57% to 81%, well above the 33% from October 2018. This was primarily a result of shifting supply chains and higher costs with the biggest increase in ‘large negative impact’ which rose from 7% to 31%,” read the study.

If the U.S. and China strike a partial deal before the year’s end, despite key differences in areas such as industrial policy reforms and the protection of intellectual properties, it would alleviate significant pressure from U.S. stocks in both the short- and long-terms.

While strategists have said that trade-deal progress is already priced into the short-term trend of stocks, the potential effect of a partial deal on companies that are struggling to cope with tariffs has not been factored into the markets.

Drop-in tariffs at this juncture are critical

With reports indicating that the Chinese delegation led by Vice Premier Liu He is set to visit the U.S. with “real offers,” strategists anticipate the upcoming round of trade talks to end with a decline in tariffs.

A drop in tariffs at this period could enable the financial markets to climb out of the recent pullback and establish a basis for the next rally.

As CCN.com reported, researchers at LPL Financials said in their latest report that U.S. stocks are likely to climb “the wall of worry” as the sentiment for a trade deal improves and the Federal Reserve maintains an accommodative stance towards low-interest rates.

“Geopolitical matter have complicated the tug-of-war between fiscal and monetary policies and contributed to investor concerns about increased policy uncertainty. Policy uncertainty will likely persist, but we think financial markets will climb this wall of worry,” John Lynch, the firm’s chief investment strategist, said. 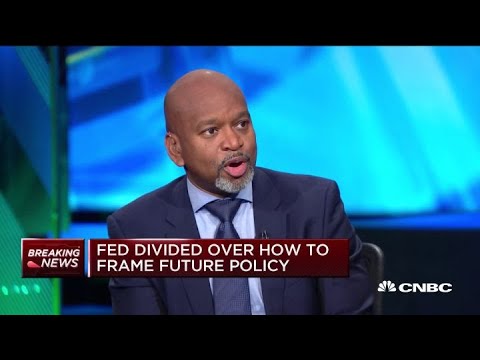 The Chinese delegation is serious for a deal

Hu Xijin, the editor-in-chief of Chinese and English editions of the Global Times, said that the Chinese delegation will complete the scheduled consultation agenda, indicating that both sides will go over the offers as expected.

“Some reports said Chinese delegation will cut short its stay in Washington. But based on what I know, the delegation plans to leave Fri night, which means they will complete the scheduled consultation agenda. From a working perspective, this is no different from leaving on Sat.”

A deal – even a partial one – being agreed in October, which historically has been a critical month for U.S. stocks, could set a positive precedent heading into 2020 with fundamentals like the healthy jobs market and recovering manufacturing sector supplementing the financial markets.