In a hilariously ironic twist to the ongoing NBA 2K20 microtransactions scandal, a professional NBA 2K League player has been banned for violating the esports league’s gambling policy.

According to a statement posted on the 2K League website, Heat Check Gaming power forward Basil “24K Dropoff” Rose secretly provided inside information to an unnamed individual who was betting on 2K League games.

While the announcement makes clear that Rose did not scheme to fix 2K League matches, he has now been disqualified from the esports competition ahead of its third season.

Per ESPN, Rose was a member of the Heat Check Gaming team that made it to the finals in the 2K League’s inaugural season in 2018, though the squad finished a disappointing 17th out of 21 teams during 2019.

“Heat Check Gaming believes in the spirit and integrity of competition,” the team said in a statement. “We stand behind the league and its ruling.”

As of Sept. 13, Rose no longer appears on Heat Check Gaming’s roster. His player profile has also been deleted from the league’s website.

An Ironic Twist to the NBA 2K20 Gambling Scandal

It’s hard to argue with 2K League’s decision to ban 24K Dropoff. The fledgling esports league – which is co-owned by the NBA and Take-Two Interactive – must take a firm stand against even the slightest association with improper gambling to maintain the competition’s integrity.

However, it’s hard to ignore the irony of gambling landing a 2K player in water, given that NBA 2K20 has been trashed for (allegedly) shamelessly encouraging gamers – including children – to develop a gambling habit.

The question of whether loot boxes constitute gambling remains a heated debate in the gaming industry, but NBA 2K20 – either to its credit or its shame – drops the charade entirely. 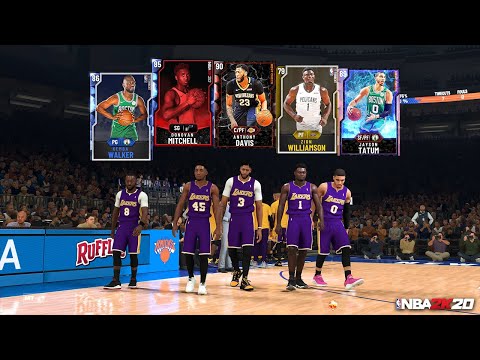 Beyond filling its coffers with loot box microtransactions, the Take-Two Interactive title outright invites players to spend real money in a digital casino, complete with slot machines, a roulette wheel, and lottery-related terms like “jackpot.”

So Take-Two Interactive isn’t necessarily opposed to gambling, as long as you do it in the NBA 2K20 casino.