Gaming adaptations have been insanely popular lately. It probably has something to do with the perfect storm of The Witcher and The Sonic movie doing so well. It looks like production companies are looking everywhere for the next hit–even at games like Myst.

That’s right, Myst is about to be turned into a series. The writer of X-Men: First Class is developing a series about one of the most classic puzzle games ever made. This is either a great idea or a terrible plan. Probably the latter.

Myst Is a Great Adventure, But Won’t Necessarily Make a Great Series

There’s an excellent canon behind Myst. It follows a family that can link different worlds together using books. Unfortunately, every generation or two, this family produces greed-driven monsters. A decent portion of the five or so games in the series revolves around fixing this family’s problems.

There’s certainly plenty of stuff to work with for a series, but realistically the bulk of what goes on in the Myst series is about the player solving puzzles. The only way to stretch that into a full-length series would be to add a whole lot of extra stuff.

That bloat could cause potentially cause a lot of issues. I mean, it’s not like more story focused stuff hasn’t already been made about Myst. There are already companion novels, but there’s a vast difference between a book and a series. 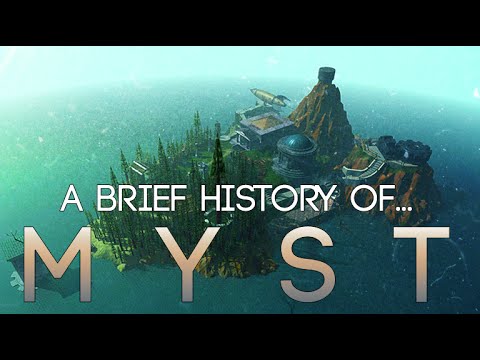 All We Can Do Is Keep Our Fingers Crossed

There’s a silver lining to all of this. It’s been a decade since the last new Myst game came out. While the series had a pretty decent ending point, it doesn’t mean there’s not more to explore and see in the world of the series. If this adaptation turns out to be any good, then maybe Cyan Worlds would consider making a new game.

Then again, maybe not. As I said, the series has a decent ending point. Myst fans should just be hoping and praying that the series itself turns out to be good. Even if it leads to nothing more, at least we’ll have something new to add to the Myst collection. At least the writer they brought on produced one of the halfway decent X-Men movies.