Figures produced by mobile insight analyst Sensor Tower suggest global app revenue hit the $39.7 billion mark in the first six months of 2019. The rise represents a 15.4 percent increase compared to $34.4 billion for the same period in 2018. Mobile gaming accounted for the majority with $29.6 billion, equating to 75.9 percent of consumer spending on apps and games across all digital storefronts and an 11.3 percent improvement on H1 2018.

Apple’s App Store banked $17.6 billion, while Google Play generated a relatively discreet $12 billion. Google’s year-on-year growth was markedly better at 16.8 percent, with an increase more than double that of the App Store’s 7.8 percent.

Symptomatic of the Chinese market’s impact on global mobile gaming revenue, the varying fortunes of the leading stores are explained by a general retreat away from App Store spending within China. The aftermath of the country’s embargo on issuing new game licenses that ran from March to December last year also prevented many developers from implementing new revenue streams.

We can confidently expect spending to be higher due to the absence of the multi-billion dollar industry of third-party Chinese app storefronts such as Tencent MyApp, Huawei, and Xiaomi in the figures.

Although year-to-date has yet to be released, researcher Newzoo estimates that China’s player base of nearly 620 billion accounted for $23 billion of last year’s global mobile gaming revenue.

Global downloads reached 20.1 billion for H1 2019, representing a 3.2 percent leap. The App Store is responsible for 4.4 billion downloads, a 1.4 percent decrease from 2018, while Google Play logged a rise of 4.6 percent for a total of 15.7 billion downloads.

The Curious Case of PUBG Mobile

The mobile version of the famous battle royale title retains a much-coveted spot among the most downloaded games globally alongside Color Bump 3D and Garena Free Fire. Despite a monthly player base of 100 million users, Niko Partners analyst Daniel Ahmad estimates PUBG Mobile’s revenue for 2018 at a modest $65 million.

Pending monetization approval within China has hampered the profit margins of the game ever since publisher Tencent first launched it at the tail end of 2017. The publisher has often referred to the game as a ”testing phase” in anticipation of the go-ahead from the Chinese authorities as it navigated stringent approval guidelines.

In May, Tencent opted to take the game offline in the Chinese territory, migrating players over to the new Game For Peace with near-identical gameplay, interface, and features to PUBG Mobile.

Game For Peace rehones gameplay through a far more patriotic lense as a tribute to the Chinese military, specifically the People’s Liberation Army Air Force, with less overt displays of violence and the absence of blood. Instead of dying, players now surrender by waving goodbye, and at the end of each match, the participants assemble in a celebration of harmony.

The title immediately received monetization approval from the Chinese government in April before release. Combined PUBG Mobile/Game For Peace revenue from the App Store in the first half of 2019 stands at $141 million.

Tencent’s fortunes are indicative of the challenge of making inroads into the Chinese mobile gaming market as well as just how lucrative doing so can be.

Watch CCN.com’s View On The Future of Gaming 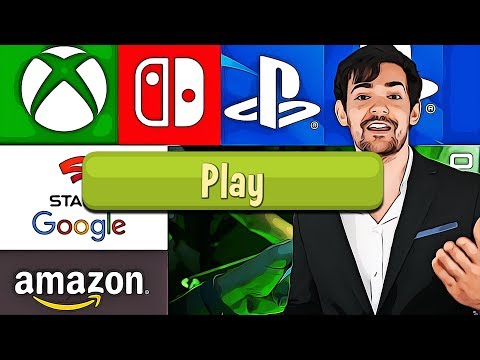