Microsoft is trying to acquire TikTok in the U.S. But, China’s sudden pushback against the acquisition poses a U.S. stock market threat.

Microsoft is in the process of discussing a deal with ByteTree to acquire TikTok in the U.S. But, China’s sudden pushback against the acquisition poses a glaring U.S. stock market threat.

China has made it clear that it is not happy with the deal. The China Daily, a state-owned publication, said China will not allow a “smash and grab” by the U.S.

As geopolitical risks continue to intensify on the TikTok U.S. dilemma, the U.S. stock market faces a risk.

Since two weeks ago, in late July, the U.S-China relations have started to deteriorate rapidly. 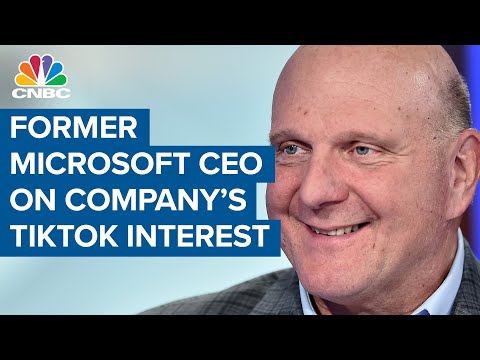 I think you only need to roll back the clock 12 months to a moment when these kinds of pronounced frictions between the U.S. and China, particularly around escalating trade disputes, had a real impact on risk-on risk-off sentiment.

The recent face-off between the U.S. and China only worsen the relationship between the two superpowers.

For now, China’s Ministry of Foreign Affairs is being cautious about its words on the TikTok situation. The ministry said it does not comment on the activities of relevant companies.

But China is taking other measures to send its message across to the U.S.

On August 2, Chinese authorities expanded their probe into U.S. fast-food chains in China after complaints of expired food.

Following an apology, Burger King China said it would comply with the investigation. Jiangsu Province regulators also investigated KFC and McDonald’s through spot-checks, the authorities said.

An excerpt from the Nikkei Asian Review read:

“[I]t is obvious U.S. fast-food chains are under increased pressure.”

It coincides with the deteriorating U.S.-China relations, prompting economists to issue a warning to foreign companies in China.

It also comes during a period where virus cases are rising, and analysts spark fears about an overvalued stock market.

Economists Encourage Foreign Companies in China to be More Attentive

Economists fear foreign companies could face hardships in China, which could pressure American companies and the U.S. stock market.

Foreign companies running consumer businesses in China need to pay much more attention to criticism. In addition to increasingly negative views of certain foreign countries such as the U.S. and Australia, Chinese consumers are much more interested in food safety and health in conjunction with the spread of the coronavirus.

One variable in the near-term that could positively affect the U.S. stock market is the dominance of Big Tech. If the TikTok deal goes through, Microsoft could significantly benefit from it, causing the sentiment around tech stocks to improve.

September 22, 2020 No Comments
← PreviousMark Zuckerberg Desperately Needs Microsoft to Acquire TikTok
Next →Microsoft Should Score a Bargain on TikTok – History Says It Won’t