Acquiring TikTok Would Be Disastrous for Microsoft. Here’s Why

Microsoft’s TikTok Acquisition Will Be Buried in Red Tape

On the surface, the TikTok deal sounds like great news for Microsoft. It gives the firm a valuable social media asset to round out its portfolio.

Microsoft already owns LinkedIn, so it makes sense to continue building under that umbrella. Unfortunately for MSFT stock, it’s not quite that simple.

The bureaucratic red tape surrounds the deal is immense. While Trump has supposedly agreed to allow TikTok to continue its American operations under Microsoft, it won’t be that simple.

For one, as Microsoft moves forward with the proposed acquisition it has promised to transfer all of TikTok’s user data to secure U.S. data centers.

The firm says it will also make sure all U.S. user data is wiped from storage centers outside the country. Not only that, but Microsoft has promised to offer up a list of economic benefits that the acquisition will offer to the U.S. as well.

Trump May Still Block the Deal

Much of the TikTok deal rests on one volatile person—Donald Trump. While he’s agreed to Microsoft’s preliminary terms, it remains to be seen how MSFT will deliver. ByteDance, TikTok’s Chinese parent, has already promised these same things to Trump. 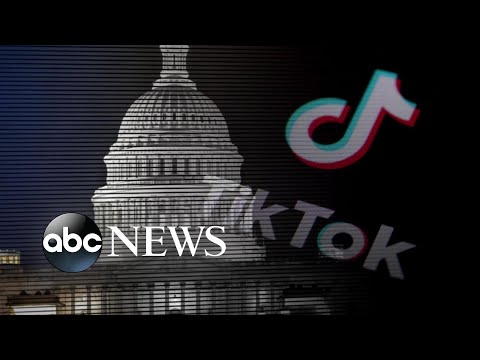 A TikTok spokesman responded to Trump’s threats to ban the app, noting that in 2020 the app has employed 1,000 people and plans to create an additional 10,000 jobs. The firm also vehemently denied that user data is stored anywhere outside the U.S. and is not being mined by the Chinese government as Trump has accused.

We’ve hired nearly 1,000 people to our US team this year alone, and are proud to be hiring another 10,000 employees into great paying jobs across the US. Our $1bn creator fund supports US creators who are building livelihoods from our platform. TikTok US user data is stored in the US, with strict controls on employee access.

It remains unclear whether the same message from a different mouth will be well-received.

Not only that, but many also speculate that Trump’s beef with TikTok is more than just a jab at China. That the app comes from China helps project a ‘tough on China’ persona, but it may go deeper than that.

TikTok has been somewhat of a thorn in Trump’s side. His decision to ban TikTok came shortly after the app played a role in ruining his Tulsa, Oklahoma rally. It played a central role in organizing young people to reserve seats and not attend. In the end, the rally’s lackluster turnout was attributed— rightfully or not—to TikTok.

The bottom line here is that when it comes to the TikTok ordeal, Facebook—not Microsoft—will come out on top.

While some claim that Trump is in cahoots with Facebook CEO Mark Zuckerberg and that’s the reason for the ban, I believe there’s a far simpler reason Facebook will be the beneficiary of this ordeal.

Microsoft is planning to conclude its negotiations regarding the TikTok acquisition by mid-September. That’s more than a month away, so it wouldn’t be surprising if the president moved to ban or somehow limit TikTok’s presence in the U.S. until then.

The most important reason TikTok will lose to Facebook regardless of who owns it is that FB is working on a copycat feature for Instagram called “Reels.”

This isn’t the first time Facebook shamelessly copied another platform and beat them at their own game. Instagram Stories was a huge success despite Snapchat having it first.

Now, TikTok will either be banned as a Chinese company or severely hindered as Microsoft jumps through hoops to acquire it. At the very least, it gives Facebook a lot of time to catch up. At worst, it eliminates TikTok as a competitor.

September 27, 2020 1 Comment
← PreviousA Frightening Omen for the U.S. Housing Market
Next →You Won’t Believe Which Asian Nation is Winning Pandemic 2020