Exclusivity can be a sore subject for many people. In the case of Marvel’s Avengers, the issue is a bit more than sore. It was recently announced that PlayStation 4 players would be getting exclusive access to Spider-Man.

News of this has upset a lot of PC and Xbox players, and it’s not hard to see why. Spider-Man is a popular superhero, so having him locked behind a particular console is a slap in the face non-PlayStation gamers who will pay the same price for the game.

Unfortunately, the only response has been to propose yet another boycott that will inevitably go nowhere.

It’s been said many times before; gaming boycotts don’t tend to work all that well. Most of the reason that boycotts are so ineffective with gaming is that most people don’t stick with it.

When a boycott is first suggested, plenty of people are upset and jump on board. By the time the game releases, the anger has subsided, and most people decide they’d rather play the game.

That trend is likely to follow with the upcoming Avengers game. Even if Reddit is up-in-arms right now, the chances of that incandescent rage lasting until Marvel’s Avengers releases are pretty slim.

Watch: Why Spider-Man Is PS4 Exclusive 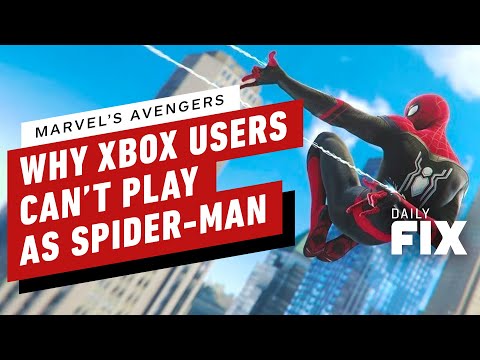 There Doesn’t Seem to Be a  Lot We Can Do

If you want to boycott Marvel’s Avengers to show the developers how you feel, then I think that you should. As much as I’ve ragged on about boycotts not being productive, that shouldn’t stop you from taking a moral stand for your own convictions.

The decision to make Spider-Man an exclusive character to PlayStation console is objectively unfair to gamers on other platforms. This isn’t the first time that this has happened, and almost certainly won’t be the last.

Back in 2008, Yoda and Darth Vader were both locked behind console exclusivity for Soulcalibur IV, although both characters were made available eventually for the other systems through paid DLC.

The chances are that we might get something similar to Marvel’s Avengers, but even if we do, is the game worth betraying your principles?