When Manchester United suffered a poor start to the 2002-03 Premier League season, Alan Hansen declared that Alex Ferguson faced the biggest challenge of his career.

The tables have turned.

Liverpool are once more the dominant force in English football. They proved as much on Sunday. The Reds have played much better in other matches this season, but they still deserved to beat their arch-rivals at Anfield. Liverpool are now superior to United in every department. 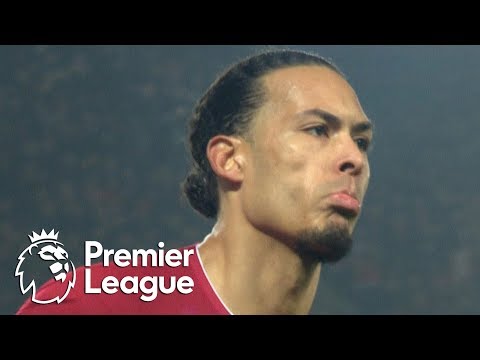 Ole Gunnar Solskjaer has taken the scalps of Chelsea, Leicester, Tottenham, and Manchester City this season. In an attempt to add Liverpool to that list, he came up with a bespoke game plan.

United started well. They had 58% possession in the opening 11 minutes. Liverpool failed to build up a head of steam. United quieted the home crowd.

A set-piece goal changed everything. Virgil van Dijk headed home from a corner. Jurgen Klopp’s side proceeded to dominate. Roberto Firmino and Georginio Wijnaldum had goals disallowed. United were penned in, unable to cope with Liverpool’s dynamic running and snappy passing. The visitors did not have a shot until the 40th minute.

United is out of answers

Liverpool continued in the same vein immediately after the restart. Mohamed Salah missed an easy chance early on in the second half. Andy Robertson motored forward from left-back as the hosts overwhelmed United down that flank. Jordan Henderson struck the post from the edge of the penalty box.

United could not find a way out. They tried to build possession from deep. That was an open invitation for Liverpool to push up and press. United did not have the technical quality to play around the Reds’ relentless forwards. Liverpool had seven shots in the first 10 minutes of the second period.

United weathered the storm. They should have equalised through Anthony Martial, who blazed over the bar from an excellent position. Fred drove forward in possession and tested Alisson Becker with a long-range attempt. Substitutes Juan Mata and Mason Greenwood added impetus to the attack.

Ultimately, though, United did not have enough.

Liverpool were far from their best. But they still proved too strong for their fierce adversaries. United had plenty of the ball, but the better chances belonged to Liverpool, even before Mohamed Salah wrapped things up in injury time.

United have fallen so far behind Liverpool

There is no shame in losing to this Liverpool side. United played as well as could have been expected. Liverpool are now unbeaten in 39 Premier League matches.

Yet it is an indictment of the way United are run that the former kings of England are now 30 points adrift of the top spot. The Red Devils are the richest club in the Premier League. But there is not a single United player who would get into this Liverpool team.

Klopp’s side marry individual quality with a ferocious collective work ethic. This is a team worth more than the sum of its parts. They have a defined way of playing that is proving impossible for opponents to overcome.

The same cannot be said for Manchester United. Liverpool are firmly back on their perch. Even Ferguson would struggle to knock them off this time.