The Grammy-winning rapper and producer has declared that our radios will not be graced with any new music from Yeezy unless and until he gets released from his contract with Universal and ATV/Sony.

But while some will suggest that West is crazy for doing this, his decision is not only rooted in precedent, but it’s also a smart business decision.

Kanye West Wants To Own His Own Masters

In a series of tweets, Kanye West said that he’s the “new Moses,” and that he refused to release new music unless he was released from his contract with Universal and ATV/Sony.

His reasoning is simple: he wants to own his own masters so that, in time, his children will own them (and thus, profit off of them) as well.

The artistic merits of not releasing new music aside, this is one of the wisest business decisions that West has made in recent months.

It’s Not Without Precedent

We can all agree that Kanye West, as of late, has been making some pretty terrible decisions. But we’ve also previously established that he’s nothing if not a brilliant musician and a smart music business-man — and he understands that ownership is everything in the music business.

Paul Hitchman, the president of A World Artists’ Love (AWAL), says that by demanding ownership of his product, West is no longer making himself a commodity.

When you sign a contract, you are signing yourself into becoming a commodity. You’re becoming a product, and you should understand that. Everyone should understand that, at the end of the day, as much as they’ll tell you that they love you, and they’ll tell you that you’re the next greatest thing, ultimately, there’s an Excel spreadsheet somewhere with an incoming and an outgoing column, and if that is not balanced and in the green, ultimately, they’re not your friends. By owning your master recordings, you keep creative control and you’re free to release your music however you want via whichever channels you choose.

Kanye West’s decision is not without precedent: Jay-Z, Rihanna, U2, and Metallica are just a few of the many artists who own their own masters, putting them in a financial category above their peers.

No less of an authority than Prince spoke on the importance of owning your own masters when he was alive, in a video you can check out below. 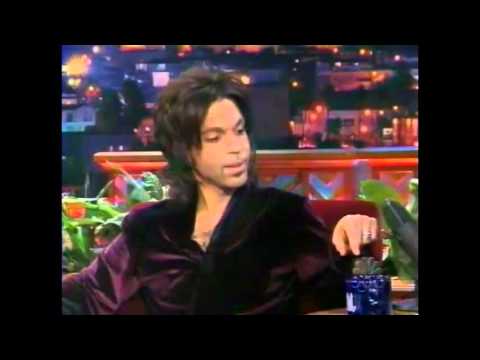 With these tweets, Kanye West has proven that he’s many things…but stupid isn’t one of them.