The New York Mets are a dumpster fire. I just wanted to get that out of the way. First, they fired Carlos Beltran before he ever managed a game. Then rumors surfaced that power couple Jennifer Lopez and Alex Rodriguez could be in the frame to buy the ball club.

Yeah, the Mets were a source of fiendish amusement for fans of the other 29 MLB franchises a few months back.

Of course, we all knew that Steve Cohen was going to snap the franchise up. He was just playing hardball, right? J-Lo and A-Rod weren’t serious contenders, were they? 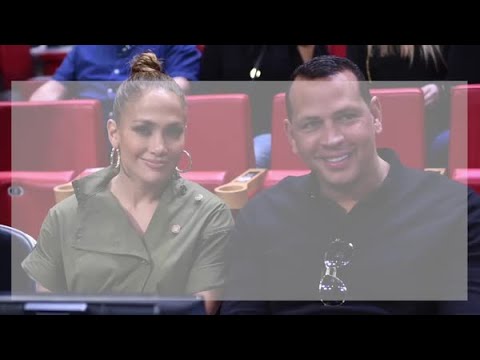 Look, I knew that both Jennifer Lopez and Alex Rodriguez were wealthy. I just figured they weren’t Steve Cohen-style wealthy.

It turns out, that doesn’t matter. The couple reportedly secured Wall Street backing to help raise the required capital. Word is that the power couple is working with Eric Menell, co-head of North American media investment banking for JPMorgan.

This is a bit of a gamechanger. The kind of coin needed to purchase the New York Mets is even far beyond what J-Lo and A-Rod have to offer.

After all, Cohen – a hedge fund rockstar – had lined up a $2.6 billion deal before it fell through.

Mets ownership is ridiculous now, so it makes sense that the next owners would be ridiculous too

Why did it fall through? Because he was negotiating with the New York Mets, of course!

It also had something to do with the ridiculous terms attached to the sale by the Wilpon family, who currently own the franchise.

They told Steve Cohen to throw in his $2.6 billion, take control of 80% of the franchise, but allow the Wilpons to call the shots for another five years.

Insane, right? Cohen walked, and rightfully so. (Although rumors suggest he may be jumping back into the fray too.)

It seems such conditions aren’t enough to dissuade J-Lo and A-Rod, though!

Which is excellent news for the neutral observer, and bad news for fans of the Mets. Maybe that five years of control the Wilpons want isn’t such a poison pill for Mets supporters after all!

Honestly, who would want to buy the New York Mets?

Even one of the franchise’s most recognizable and famous fans has zero interest in taking the club off the hands of the Wilpon family.

Famous New Yorker and longsuffering Mets fan Jerry Seinfeld reacted as you’d expect anyone to respond when asked if they wanted to get involved with a losers’ playground like the New York Mets:

No! The highest level of sports appreciation, particularly baseball, is a hotdog, a beer and a seat. There’s nothing higher. That’s the pinnacle. People think that owning the team is more fun, it’s actually LESS fun.

Imagine how much fun Mets fans will have once Jennifer Lopez and Alex Rodriguez are running things.

All I’ll say is that it couldn’t happen to a nicer ball club.