Sometimes in the games industry, you look at a company and wonder what the hell they’re doing. That time that EA tried to claim Loot Boxes were actually ‘surprise mechanics’ for instance. Well, the prize for the most mental games company might just have to go to the developers of The Culling: Origins.

If you don’t remember The Culling, no one blames you. It was a thoroughly forgettable battle royale game that died as soon as better options came along. But it was one of the first battle royale games out there. Then they made a sequel that was unplayable within a week due to bad player numbers.

The Culling: Origins Acts Like an FTP Game You Have to Pay For

The Culling: Origins has a brand new business model. Not just new for this series, but probably new for anyone. It’s called pay-to-play. If you’ve never played any of the previous games in the series, you have to pay $4.99 to get the game.

Then you get a single match each day to play for ‘free’. After that, you have to use tokens or passes to continue playing. Unless you win. Winning gives you a token to use for another match.

The word ‘free’ is having to do a lot of work there isn’t it? It’s a hell of a stretch to call a single match each day ‘free’ when the player will have to pay $4.99. Unless of course, they’ve already played a previous game in the series. What a great idea.

It seems like the developers behind The Culling: Origins might have finally cracked. Firstly, the game isn’t free. If you have to pay up-front then it’s not a free game. End of story.

I guess you could argue that it’s free for anyone who already played the series. Even if you want to make that argument, you have to admit it’s incredibly stupid. Restricting players to people who’ve already tried out your games in the past is an awful way of conducting business.

I just don’t get why not make the game free? It’s not like paying for match tokens or passes is that weird. For a free-to-play game tokens and passes are standard. So why even have the upfront cost? Does that really add to the experience at all? 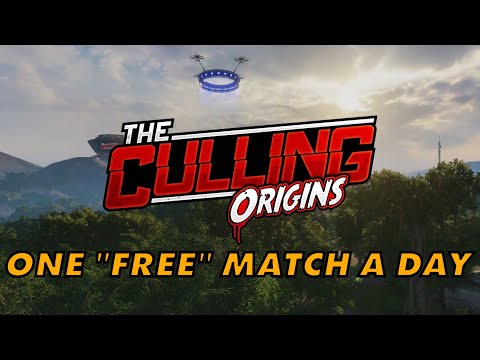 The Culling: Origins Is Going to Be a Massive Failure

If there is any justice in the world, The Culling: Origins will be dead within a month. It’s not like anyone wants an indie studio to fail out of hand. But when their greed is putting EA to shame you have to hope this rubbish doesn’t catch on.

Who knows, maybe after the severe backlash they’ve received on Twitter they’ll just scrap the whole thing. It wouldn’t be too bad if The Culling: Origins just use the subscription model that it has already baked into the game.

As it stands right now, I can’t think of a single reason to actually play this game when it comes out.