The U.S. stock market is climbing despite ongoing riots. JPMorgan’s new data suggests the arsenal of investors is far from running out.

The U.S. stock market is climbing despite ongoing riots, geopolitical risks, and uncertainty surrounding the pandemic. JPMorgan’s new data suggests the arsenal of investors is far from running out.

The Dow Jones Industrial Average (DJIA) recorded a 91-point gain on June 1, as the U.S. stock market closed the session with a 0.36% increase.

According to JPMorgan managing director Nikolaos Panigirtzoglou, many investors are yet to re-enter the stock market.

Investors, especially high net-worth investors, are seeking for every alternative other than the U.S. stock market to safely store their money.

But, the same piece of data can be comprehended in a different way.

If accredited and institutional investors who are sitting on the sidelines eventually move back into the stock market, it may trigger a renewed bull market.

There is still plenty of room for investors to raise their equity allocations.

Hedge funds currently have a $591 billion cash reserve, according to Bank of America Corp via Bloomberg. Berkshire Hathaway’s $128 billion cash holding is still safely held, with no signs of major acquisitions or investments in the near future.

Major investors are waiting for one thing: clarity. As the U.S. moves on from the pandemic, reopens its economy, and somehow lower its unemployment rate, investors are likely to allocate more resources into the stock market.

When the floodgates open, half a trillion dollars from hedge funds and a large portion of over $1 trillion the money market are waiting to re-enter into equities.

JPMorgan believes momentum traders are mostly behind the recent rally of the U.S. stock market.

Momentum traders, along with stimulus money-spending millennials on Robinhood and E-Trade caused one of the most hated rallies in recent history.

The stock market has come this far, rising 37% since March 23, without the involvement of Wall Street.

Stock market bulls are counting on Wall Street and key institutional investors to allocate their capital into equities in the short to medium-term. 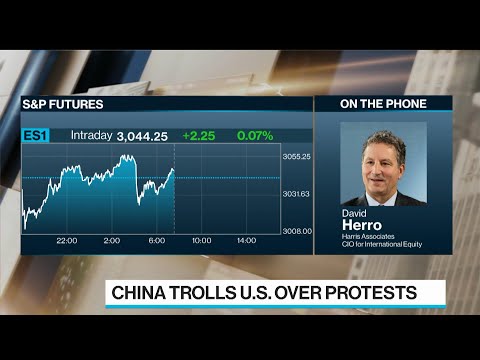 Will Wall Street Open Its Wallets?

Up until mid-May, the sentiment around U.S. stocks was positive. The government was positioning to reopen the economy across the nation to reduce new jobless claims.

Last week, riots and protests throughout the U.S. emerged. Small businesses were destroyed, shops were looted, and most recently, the outer perimeter of the White House was penetrated.

The frustration towards racism and police brutality reached its boiling point, causing outrage across many states.

The problem is that some of the protests turned violent; several fatalities were recorded, with both policemen and protesters injured.

Institutional investors may wait until the national unrest subsides. Depending on how the reopening of the economy is handled, Wall Street may open its cash holding sooner than expected.