Last month, developer Crystal Dynamics delayed Marvel’s Avengers’ release by four months, and going by the latest trailer, we can see why. 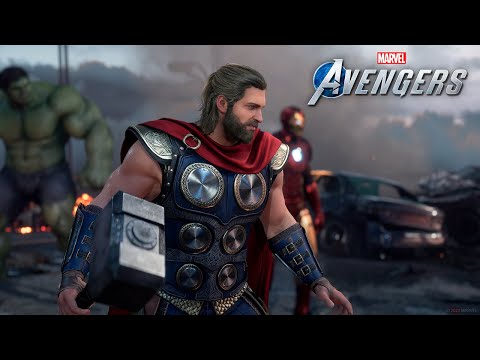 Yesterday, Crystal Dynamics unleashed a new trailer for the action-adventure to coincide with news of an exhausting selection of pre-order bonuses and editions.

While a welcome look at Marvel’s Avengers since the developer pushed back launch to Sept. 4, 2020, the trailer is a generic affair. It’s designed to tempt players into pre-ordering the game, but may very well have the opposite effect.

The trailer is an underwhelming mishmash of what appears to be recycled cinematic footage from the E3 2019 trailer and game play from Gamescon. We quickly cycle through all the Avengers unveiled so far with a bit of a focus on Ms. Marvel and her stretch abilities.

There’s nothing that stands out or entices. It’s all rather dull. Glaring frame drops don’t help, and Marvel’s Avengers’ graphics feel more at home on a last-gen console.

The problem of the game’s Avengers not taking the likeness of those from the movie franchise also rears its head. It won’t be easy for many to disassociate. Thor also bears an uncanny resemblance to Assassin’s Creed Odyssey’s Alexios.

Crystal Dynamics Has Its Work Cut Out

The fan response to the trailer ranges from healthy skepticism to straight-up disappointment. Here’s a sample of what people are saying about Marvel’s Avengers;

With less than seven months until release, the clock is ticking for Crystal Dynamics to transform Marvel’s Avengers into an attractive proposition for gamers. Based on the new trailer, it looks certain to disappoint.