VR game company London Studio may be working on a new VR spin-off to Horizon Zero Dawn if a recent Twitter rumor is to be believed.

Callum Hurley, a VR industry specialist, recently tweeted that he had heard that London Studio would be working on an exciting new PlayStation VR title, with some very suspicious capitalization.

Was recently made aware of a very exciting new PlayStation VR game coming out of London Studio. Not sure whether it'll be for PS4, PS5 or both, but it's really exciting, and an announcement could be on the Horizon…

In response to the coy usage of capitalization one particular Twitter user, going by the handle @HelixxVREden, suggested that the new title in question was going to be related to Horizon Zero Dawn. Hurley simply responded with a gif of a man shrugging.

As Good as Confirmed

Even though the gif can in no way be seen as a definitive ‘yes’ from Hurley, combining it with the fact that Horizon was capitalized in the first place makes it seem pretty clear that a Horizon Zero Dawn title is being hinted at.

Although Sony’s London Studio previously mainly worked on the SingStar series, they are seeing recognition for their work on VR titles such as The London Heist, and the critically acclaimed Blood & Truth which released earlier this year. 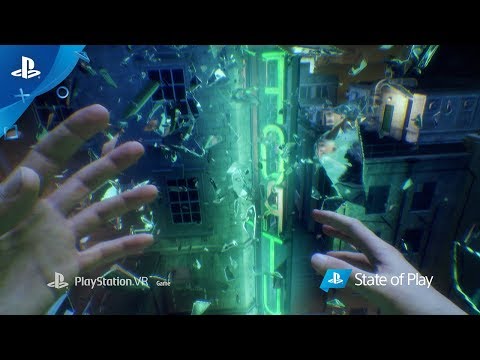 While the project is almost certainly related to Horizon Zero Dawn, chances are that it is going to be a spin-off rather than a straight adaptation of the base game due to London Studio’s tendency to have a heavy story focus in their recent work.

It may be a while before we discover what form this spin-off is going to take, but it is sure to be a high-quality title if London Studio’s previous work is anything to go by. They were one of the first studios to really show off the capabilities of PSVR, both as a fun experience and as a storytelling medium.

The other interesting thing to take note of is the possibility of the title being released on Sony’s next-gen console, either exclusively or alongside a PlayStation 4 edition. A PS5 launch for the title certainly makes a lot of sense when you consider just how much time it takes to produce a high-quality VR game. Since we already know that PS4-era PSVR hardware will work on the PS5 it is reasonable to think that the software to be cross-generational as well.