Hawaii Representative Tulsi Gabbard dropped out of the White House race Thursday, but that’s not surprising. In a bid that FiveThirtyEight called “increasingly quixotic,” Gabbard never polled within serious distance of the nomination.

What absolutely shocked everyone was Gabbard immediately giving her endorsement to Joe Biden. That move blindsided the establishment, Bernie Sanders supporters, and Gabbard’s own supporters. But it shouldn’t have.

She has said all along she would support the eventual Democratic nominee. 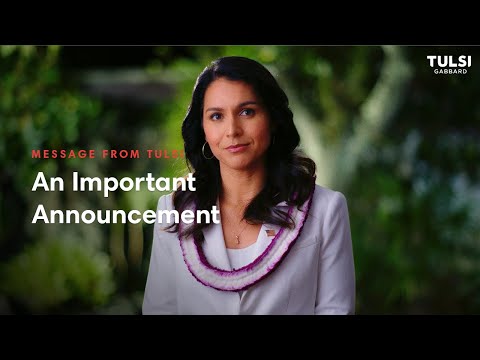 In her campaign exit announcement, Gabbard wasted no time endorsing Joe Biden for president. She even said Biden would help “heal the divisiveness” in our politics:

Today, I’m suspending my presidential campaign and offering my full support to Vice President Joe Biden in his quest to bring our country together.

Gabbard was quick to point out that her endorsement does not mean she agrees with Biden on every issue. But fundamentally he has a good heart:

Although I may not agree with the vice president on every issue, I know that he has a good heart. And he’s motivated by his love for our country and the American people.

Some Bernie Sanders supporters were quick to call Tulsi Gabbard a sellout:

Gotta say, I’m highly disappointed and have lost all respect for #TulsiGabbard. Just another sellout…

But Joe Biden has essentially clinched the nomination. His delegate count lead is now nearly insurmountable for Bernie Sanders. And Gabbard has made it clear for months she would support the eventual nominee.

In fact, six months ago she said there’s no circumstance in which she wouldn’t support the eventual Democratic nominee in the general election: 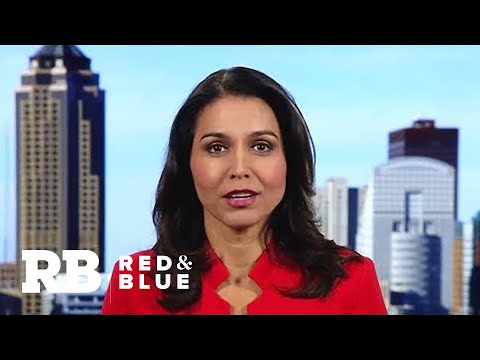 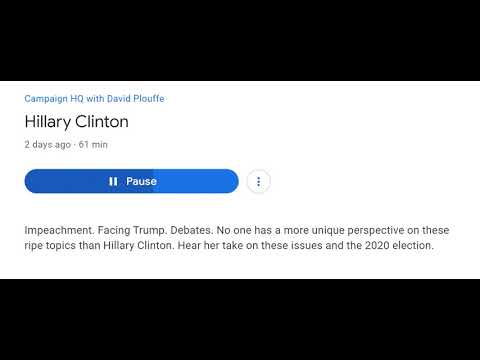 Without calling her by name, but obviously referring to Tulsi Gabbard (and not Kamala Harris or Elizabeth Warren), Hillary Clinton said last October that Gabbard was essentially a traitor. She said there was a “Russian asset” the foreign power was grooming to run third party and spoil the general election in favor of Donald Trump:

They are also going to do third party again. I’m not making any predictions, but I think they’ve got their eye on somebody who is currently in the Democratic primary and are grooming her to be the third-party candidate.

Clinton had no evidence for this conspiracy theory. As she shared it on a podcast, Clinton also talked about “flashing videos that appear and disappear, and they’re on the dark web, and you can’t find them.” Some really bizarre stuff. It sounded more like something Alex Jones would say than a once major party nominee for president.

Tulsi Gabbard eventually filed a lawsuit against Hillary Clinton for the remarks. Gabbard sought $50 million in damages for defamation.

Gabbard Should Have Been The Nominee

One of the shining examples of principle and basic decency in her party, a young Washington politician who served combat duty in Iraq, Clinton and others denigrated and stigmatized her every step of the way.

They basically said she isn’t a real Democrat, and isn’t even a real American. She’ll work with foreign powers to undermine our election, Hillary Clinton charged.

Now that she’s dropped out and didn’t hesitate to endorse Joe Biden, Clinton owes her a massive apology. Even Elizabeth Warren hasn’t decided who to endorse yet.

Tulsi is no doubt a loyal Democrat, but one with scruples and principles. The Democratic Party needed a giant like her in 2020.

Instead, they’ll get a barely coherent Washington good ‘ole boy. Tulsi was the candidate Democrats needed, but apparently not the one they deserve.