Grimes is for sale.

The singer-songwriter, who is currently most famous for naming her child after a quasi-computer language, is selling a piece of her soul for $10 million.

The asking price, which seems to be non-negotiable, is part of a virtual art exhibit called “Selling Out.”

While this seems to be yet another publicity stunt, it also seems entirely unnecessary.

We Don’t Need Another Art Experiment From Grimes 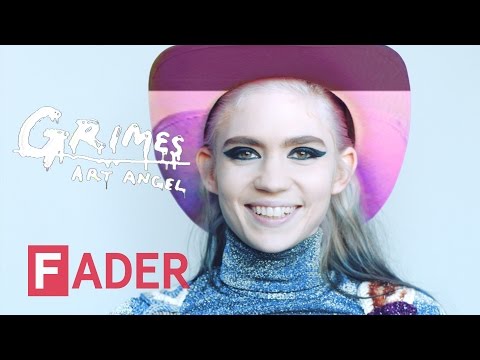 She’s now making them all available in an online exhibition that she’s calling “Selling Out.”

From her statement to Bloomberg News:

I made art 10, 12 years before I ever touched a keyboard. I see myself as a visual artist first and foremost, and I’ve always felt strange that people know me for music.

The interviewer made sure to take the time to note that Grimes was wearing a Rodarte sweatshirt (which retails for $210 at Neiman Marcus) and bunny ears she got during a “Korean spa treatment” (averaging about $100 per visit).

While we certainly can all agree that the baby mama of a billionaire can live the high life if she so wishes, her “tortured artiste” shtick falls flat when casting in this light.

A Cringeworthy Mis-Reading of the Room

No one’s saying that Grimes doesn’t have the right to be an artist. Art, after all, is a subjective thing, and if she wants to bill herself as the second coming of the Fluxus movement, so be it.

But her attempts at depicting herself as a “tortured artiste” in this volatile environment — where political tensions are at an all-time high, where more than 40 million people are wondering where their next paycheck is coming from, and where the sanctity of black lives are being fought for in fire and brimstone — are a little much.

Grimes isn’t a tortured artiste — she’s the semi-talented baby mama of a billionaire who needs something to do to while away the hours.

That’s what makes her ploy to sell her soul for $10 million so ironic — she has no soul to sell.