Going into today’s Valorant closed beta launch, the demand for access was always going to be massive.

Aside from the content creators and streamers who’ve bagged access courtesy of their promotional clout, the average player is left watching Twitch, fingers crossed, hoping to feature among the lucky few to land one of the coveted “drops.” 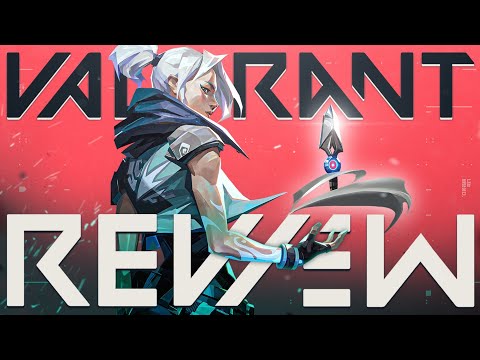 For the sake of simplicity, it’s best to understand drops as beta keys. Developer Riot Games assigns these – seemingly at random – to the linked Riot accounts of people watching drop-enabled Twitch channels.

Riot has enlisted an army comprised of the biggest names on the platform to lure in would-be players and dish out the drops to a select few. It’s a kind of artificial hype fueled by the demand for beta access – a shrewd approach from Riot. People are indeed watching live footage of Valorant, but most aren’t there for the gameplay.

The system is painstakingly tedious and requires hours of watching others enjoy the game you desperately want to play. (Or hours of having the stream on in the background while you do something else.)

With 1.6 million viewers currently tuned in to one or another streamer playing Valorant, the chances of actually securing a drop are pretty slim.

To up their chances, people have taken to creating alternative accounts. Scrolling through the chat user list on any of the most-watched Valorant channels reveals a dizzying array of bogus accounts.

They appear created for the sole purpose of mining beta drops. Even the monikers assigned to these accounts don’t try to hide their intent, with examples such as Valorantdrop123 and Imbegforvalorantkey.

People wanting to try out a title touted as the next big thing in gaming and eSports is entirely understandable. They will go to extraordinary lengths – and spend an extraordinary amount of money – to ward off the dreaded FOMO.

Without wasting any time, the more opportunistic – and let’s face it, immoral – elements of the gaming community are already exploiting that enthusiasm for Valorant.

Listings featuring Riot accounts with beta access are already popping up on eBay.

One listing we found on eBay U.K. was hawking an access key for the princely sum of 150 euros (~$163) – a hefty price for a free-to-play game. Within 10 minutes, the listing had already ended. Presumably nabbed up by someone striking out after hours on Twitch with no sign of a drop.

The U.S. eBay site reveals a dozen or so listings with prices ranging from $99 to $525. A Reddit post denouncing the mining of drops points towards black market sites flogging accounts with beta access for a similar price.

Based on one of the Valorant Twitter account’s most recent posts, we could see demand skyrocket further.

Riot Games announced it was temporarily pausing Valorant drops on Twitch as it worked to resolve a raft of client, log in, and server issues affecting the closed beta launch.

For a game that only a very limited number of people have played, this sure is a strange state of affairs. Let’s hope Valorant lives up to the hype. Especially for those dishing out hundreds of dollars for the pleasure of playing it first.