The Government Could Struggle to Seize Your Bitcoin

Just two cases will be mentioned in this article, but they are representative of a larger phenomenon which leads the author to a rather unpopular conclusion: keeping your money in Bitcoin is safer than keeping it in banks, is safer than keeping it in US dollars. Because in this country, at this point in history, the government can take your money just for having a certain amount of it, in one case, or just for depositing certain amounts of it, in another.

Lyndon McLellan’s small business in Fairmount, North Carolina does well. For many in the area, it is the only convenient place to shop. For those of us that grew up in rural areas, such businesses are not hard to imagine. These businesses usually have a little of everything, and back before the Internet took over that particular business, they even did things like video and game rentals. Your alternative would have been to travel 20 or 30 miles to do some buy something you needed or wanted, making it financially more expensive no matter the price they were charging at the store.

Earlier this year, McLellan made two deposits to his business account $11,400. It was not uncommon for him to deposit amounts totaling over $10,000, but rarely individually over that amount. There are surely people reading this who feel that is a lot of money, definitely more than one would have wanted to keep on hand.

The following day, he got a call from an employee. He ran down to his store, L&M Convenience, to find it swarming with federal and state authorities, who then informed him that they had seized his entire bank account, a balance of $107,702.66. The reason? Lyndon had unknowingly committed the crime of “structuring,” which basically means you’re making large deposits under $10,000 in hopes of avoiding detection. It was a strategy that was occasionally used by drug dealers in the days when they still wanted to use bank accounts.

The agents didn’t arrest him. They just let him know, searched the store for evidence of drug trafficking, and were on their way. Now, several months later, it looks like they’re going to give the money back, which studies show is a statistical rarity. Often the fight to get your funds back can drag on for years. 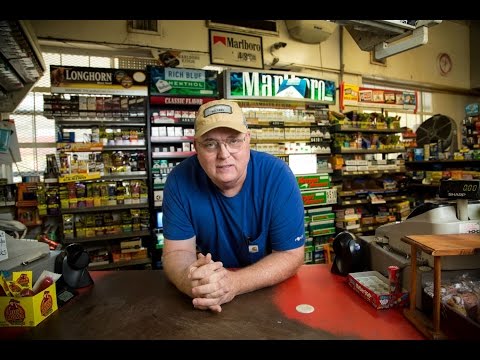 Joseph Rivers was leaving his small hometown in Michigan for the big city of LA. He wanted to be a music video producer, and he had saved his entire life for this purpose. His family had pitched in, and he had roughly $16,000 on him when he arrived at the Amtrak station in Albuquerque, New Mexico.

Federal agents boarded the train, as is common at that stop, searched his bag, and promptly seized his $16,000. They didn’t charge him with a crime, which is the fundamental problem with civil asset forfeiture laws. They don’t require the government to have a case against a person in order to seize their money and assets.

Some would agree that a criminal’s money should be seized during the process of his prosecution. Although this is constitutionally a gray area, it is an extremely common practice that is meant to prevent bad guys from becoming rich bad guys. But almost no one would agree that seizing money simply because someone has it should be a thing that’s happening. That’s called theft if you just set aside the fact that the thieves are wearing government uniforms.

Perhaps American exceptionalism keeps us from seeing that our government is as corrupt as any other, and vesting them with the authority to take our money without charging us with a crime is akin to asking them to take it from us.

Both Joseph Rivers and Lyndon McLellan, if they had done it properly, could have benefited from using Bitcoin. Rivers could have simply kept an encrypted wallet on a USB stick in his backpack instead of $16,000. McLellan could have used the cash to buy Bitcoin via LocalBitcoins or something similar, with at least some of the cash that wound up putting him on the radar of the federal agencies.

Again, this is probably an unpopular opinion. Things like volatility will be brought up. But let’s be clear: if they had done this, and if they had protected the funds properly once in the digital cash, they’d still have them, maybe more than they invested. For Rivers, it would have just been for the duration of his trip.

McLellan might have still come up on their radar. It seems that doing well, and doing so in cash (cash is definitely still king in rural areas), is going to get you in trouble under the current state of affairs. Luckily some representatives have decided that enough is enough. The constitution does not permit unlawful search and seizure, no matter what the courts have ruled over the years. The constitution very simply prohibits such activities, saying:

The right of the people to be secure in their persons, houses, papers, and effects, against unreasonable searches and seizures, shall not be violated, and no warrants shall issue, but upon probable cause, supported by oath or affirmation, and particularly describing the place to be searched, and the persons or things to be seized.

That’s the fourth amendment, but Senator Rand Paul of Kentucky and Senator Angus King of Maine are more concerned about the fifth amendment, titling their legislation to respond to this phenomenon “The Fifth Amendment Restoration Act.” The fifth amendment states:

No person shall […] be deprived of life, liberty, or property, without due process of law; nor shall private property be taken for public use, without just compensation.

The synopsis of the representatives’ bill states:

Fifth Amendment Integrity Restoration Act of 2014 or the FAIR Act – Amends the federal criminal code to increase the federal government’s burden of proof in civil forfeiture proceedings to clear and convincing evidence. Requires the government, in addition to showing a substantial connection between the seized property and the offense in a forfeiture proceeding, to establish by clear and convincing evidence that the owner of any interest in the seized property intentionally used the property in connection with the offense or knowingly consented or was willfully blind to the use of the property by another in connection with the offense.

Senator King is the former governor of the only state to receive an “A” grade on civil asset forfeiture, the State of Maine. This grading system correlated data from all over the country and graded the states according to criteria which included “profit motive” and the burden of proof the states imposed on themselves in order to keep the money. In the case of an “A” grade, the state would have to have proof beyond a reasonable doubt and had 0-5% profit motivation in their ultimate decision.

While Bitcoin is by no means a safe investment, keeping one’s funds in it appears to be safer than even keeping it in a bank. “Be your own bank” is one motto often used in the community. Clearly a change in the laws would be preferable to folks having to resort to using Bitcoin simply to keep their money from being stolen by overzealous government agents, but it is important to note that even doing so could still get your bitcoins seized if done wrong. The case of Ross Ulbricht shows that the government is more than willing to take your money if it’s in Bitcoin, but if Ross had properly secured his wallet, the government might still be trying to get access to it.

September 29, 2020 No Comments
← PreviousQora and Burst Now Able to Make Cross-Chain Transactions
Next →Getting to know the Silk Road Judge who will decide the fate of Ross Ulbricht