The price of gold tumbled on Friday, wiping out weekly gains after a better than expected jobs report fueled investors’ appetite for risk. 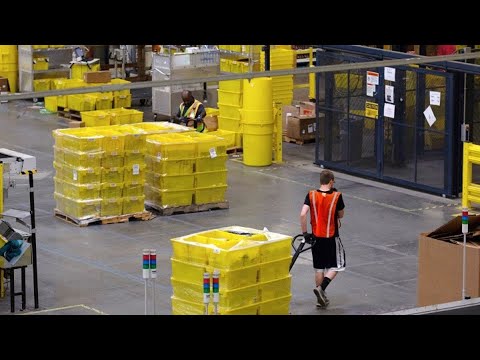 Day traders were overweight stocks on Friday after the Labor Department reported stellar jobs numbers for the month of November. The jury is still out on whether the employment gains are sustainable or merely a reflection of a debt-fueled bubble, but for now markets are optimistic.

Employers added 266,000 workers to payrolls last month, exceeding estimates by 79,000. It was the biggest month of hiring since January when the economy added 312,000 positions. Unemployment also fell to 3.5%, matching a 50-year low, while average hourly earnings picked up to an annual rate of 3.1%.

The official jobs report deviated from the latest set of private payrolls numbers released Wednesday by ADP. The ADP report showed a meager gain of 67,000 private-sector jobs in November, which was less than half what analysts had expected. Don’t be surprised if there’s a downward revision to the Labor Department’s report next month.

While the primary catalyst for Friday’s drop was the employment report and subsequent shift in investor sentiment, gold’s technical environment continues to dictate its trajectory.

As Jim Wyckoff recently reported on Kitco, the bulls and bears are on an “overall near-term technical playing field.” The February futures contract faces strong resistance at the psychologically significant $1,500 level. On the opposite side of the spectrum, the bearish inflection point is $1,453.10, the November low.

Even after Friday’s free fall, gold has broken its three-month-old downtrend on the daily chart, Wyckoff said. So, while the trend seems to be shifting back in favor of the bulls, the tug-of-war between the longs and shorts remains a factor.

Gold has generated yearly returns of about 14% but is trading far off its six-year peak of $1,571.70 set in early September.

Analysts have been downgrading their outlook on gold in recent months as the yellow metal struggles to regain momentum. A series of lower highs since September is  a strong indicator that bullion could remain firmly capped $1,500 for the foreseeable future.

Although gold’s short-term performance is often predicated on the strength of the U.S. dollar, the relationship between the two assets is much more complicated. Real interest rates are much more likely to influence bullion than the greenback.

Real interest rates, as conveyed through U.S. Treasury yields, have struggled to keep up with inflation for most of 2019. The yield curve has recovered over the past two months while inflation has firmed, leading some to speculate that gold could be losing one of its primary value drivers.

In November, the U.S. consumer price index (CPI) averaged 1.8%. which is right around what a 10-year Treasury bond yields. So-called ‘core inflation,’ which strips away volatile goods such as food and energy, hit 2.3% in October.

Other measures of inflation, such as the Federal Reserve’s preferred core personal consumption expenditure (PCE) index, indicate cost pressures are much tamer.

It remains to be seen whether three successive rate cuts and the re-introduction of quantitative easing will spur on inflation. Demand for bonds remains elevated despite the record surge in stock prices. In this environment, there’s strong reason to believe that real interest rates are headed lower. This scenario favors gold over the long term.