India’s finance minister and reserve bank governor both cautioned India against embracing cryptocurrency this week. Their reasoning? It’s what authorities in other countries are telling them. But the father of modern India, Mahatma Gandhi, would oppose India’s ban on cryptocurrencies like bitcoin if he were alive today. Here are three reasons why.

Speaking to a pool of Indian reporters on Sunday, Union Finance Minister Nirmala Sitharaman said India will follow other countries’ lead on crypto:

“[The] Reserve Bank Governor spoke about it during our turn to intervene. I got the sense that many countries were cautioning on rushing into this.”

India’s “The Week” reported several other remarks from Sitharaman.

But Mahatma Gandhi led a non-violent revolution, unprecedented in all world history, for India’s sovereignty and independence from foreign dictates.

“My ambition is much higher than independence. Through the deliverance of India, I seek to deliver the so-called weaker races of the Earth from the crushing heels of Western exploitation in which England is the greatest partner.” -Mahatma Gandhi, “Young India” (Jan 12, 1928)

Sitharaman merely emphasized that other countries are pressuring India’s government to continue its hard-line stance against crypto.

There was no substantive comment or analysis addressing the reasoning behind these warnings. Neither did Sitharaman comment on the potential benefits of cryptocurrency, such as bridging India’s staggering wealth inequality between rich and poor.

2. Cryptocurrency Is For India’s Unbanked Poor 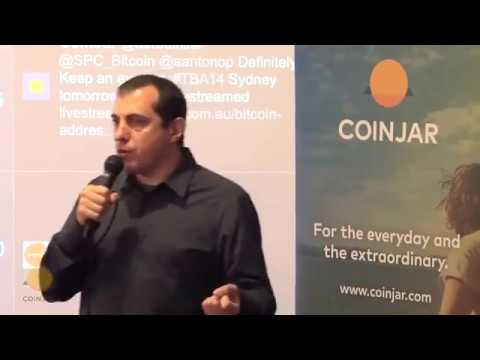 There were 369 million Indians living in poverty in 2015 – 2016. That’s many millions more than the total population of the United States. This figure uses the UN Development Program’s Multidimensional Poverty Index (MPI). Defining poverty as living on less than $1.90 a day, the latest official count found 268 million Indians living in poverty in 2011.

Gandhi was an avowed advocate for India’s poor, and a fierce critic of the caste system that made millions of Indians “untouchable” second-class citizens. He said:

“I look upon an increase in the power of the State with the greatest fear because, although while apparently doing good by minimizing exploitation, it does the greatest harm to mankind by destroying individuality, which lies at the root of the progress. We know of so many cases where men have adopted trusteeship, but none where the State has really lived for the poor.” -Mahatma Gandhi, “Modern Review” (Oct 1935)

In popular conception, bitcoin and other cryptocurrencies are a way for computer-savvy Westerners to make enormous amounts of money, and get rich quick from the latest emerging tech boom. Both industry and mainstream media have flogged this narrative.

But bitcoin is not really for them. It’s for the world’s millions of unbanked, living in poverty with no access to financial services. India has the second largest unbanked population in the world. In 2017, data from the World Bank’s Global Findex Report indicated that 190 million Indians over the age of 15 were living without a bank account.

Meanwhile the economic research literature has found consistently over decades that financial inclusion drives GDP growth and levels out income inequality. Cryptocurrencies like bitcoin embody Gandhi’s vision of an egalitarian India. Their decentralized protocols don’t and can’t exclude anyone on the basis of caste.

Finally, Gandhi would oppose any Indian ban on cryptocurrencies enforced by threats of fines and imprisonment. The Mahatma (Hindi for “Great Souled”) Gandhi envisioned a society based on love and peace, not fear and threats. He once said, specifically with regard to economic policy:

It is my firm conviction that if the State suppressed capitalism by violence, it will be caught in the coils of violence itself, and fail to develop non-violence at any time. The state represents violence in a concentrated and organized form. The Individual has a soul, but as the state is a soulless machine, it can never be weaned from violence to which it owes its very existence.” -Mahatma Gandhi, “Modern Review” (Oct 1935)

This July, an Indian intergovernmental panel on digital assets released the Feb 2019 report on crypto. The panel recommended the Indian government ban cryptocurrency. Astoundingly the report suggested making the use of cryptocurrency a crime punishable by up to ten years in prison, with a mandatory minimum of one year’s jail time.

Cryptocurrency is a labor of love. The bright engineers who have advanced this software (much of it free, non-profit, and open-source) are hoping to empower people by deploying the amazing possibilities of connected information technologies. They’re offering the world’s marginalized a way to shield themselves from exploitation and discrimination.

Were he alive today, Gandhi would likely support cryptocurrency. At the very least, he would certainly oppose any governments’ threats against those who use it.

September 24, 2020 No Comments
← PreviousClueless BIS Says Bitcoin Has ‘Failed’ Despite Near 10,000,000% Lifetime ROI
Next →Bitmain’s US IPO Plans Could Go Up in Smoke