In a month of action, NBA player Ja Morant has exceeded expectations and has quickly climbed atop the rookie ladder. In November, Morant tallied 19.0 points and 6.8 assists per game in 13 matches to lead all rookies. He ranked third with 1.2 steals per contest and shot an impressive 44.6% from the field and 40.6% from three-point country.

A month into his NBA rookie campaign, Morant is now the favorite to bag Rookie of the Year honors.

Morant’s sudden ascent prompted me to dissect his game. I discovered that the rookie has the makings of a superstar who can take over the league one day.

Ja Morant Slashes Through the Hoop Like Dwyane Wade

Morant’s game is predicated on his ability to slice through the defense. He possesses the rare talent to create his own shots by attacking the rim. This aspect of Morant’s game reminds me of a young Dwayne Wade. 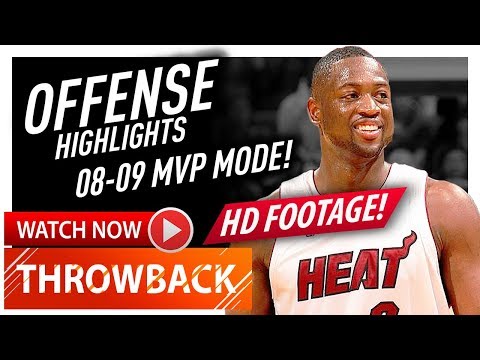 In a game against the Los Angeles Lakers, Morant almost blew the knees of Kentavious Caldwell-Pope with a sick crossover followed by a nasty step back.

Morant is also blessed with that explosive first step. He can blow by the primary defender and hang midair to finish against the help defender.

The rookie can also change directions in an instant to cripple defenders. Lou Williams was at the receiving end of this filthy behind the back crossover.

Morant also has the strength to absorb contact and the concentration to finish against a good defender like Patrick Beverly.

Morant must have watched Dwyane Wade growing up. Step backs, blow-bys, and crossovers were all in Wade’s offensive arsenal.

Morant Plays the Pick and Roll Like James Harden

With defenders wary of Morant’s ability to get quickly to the hoop, they are now at his mercy in pick and roll situations. The rookie knows this so he plays what the defense gives him. This is similar to how James Harden runs the pick and roll. 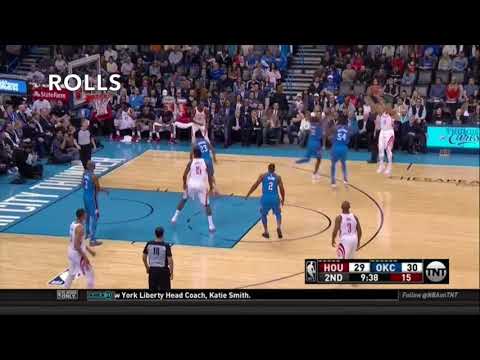 Against the Lakers, Morant used a Brandon Clarke screen to get separation. Concerned about Morant’s ability to score, Dwight Howard tried to trap the rookie. This left Clarke open for the jam.

Morant ran the same play against the Pacers. This time, the help defender in Domantas Sabonis was worried about his man so he dove underneath the basket. This left the rookie wide open for a smooth floater.

If the primary defender goes under the screen, Morant has the sweet stroke to drill it from beyond the arc.

Lobs, floaters, and pullup threes – these are the weapons that powered James Harden’s MVP campaign. Morant is using these strategies to pick defenders apart.

What impresses me the most about Morant is that he doesn’t shy away from the game’s biggest moments. He averages 8.5 PPG in the fourth quarter while shooting 51.6%.

Kawhi Leonard leads the league in fourth quarter scoring with 13.5 points. He is followed by James Harden, Damian Lillard, Bradley Beal, Giannis Antetokoumpo, and guess who – Ja Morant. The rookie is in elite company.

Battling against the Clippers, Morant notched 14 of his 20 points in the closing quarter, including this ridiculous behind the back dribble pull up from the parking lot.

The number two pick is playing like a grown man in the NBA. With Morant at the helm, exciting days are ahead for the Memphis Grizzlies.