The stock has fallen by a staggering 48% in a decade, while the S&P 500 has risen by 192% over that same period. Direct competitors like Tesla (NASDAQ: TSLA) have risen by 6,665% due to their innovative business models and dynamic leadership.

Ford Stock Reels from a Decade of Incompetence

Ford is reeling from the effects of poor leadership. Despite the headwinds, the legendary automaker may be on the verge of a turnaround.

CEO Jim Hackett announced his resignation. Finally. He will be replaced by the (potentially) more competent Jim Farley.

Farley comes from Ford’s New Business and Technology division. He takes the helm just in time to direct Ford’s massive restructuring and safeguard the launch of the new Ford Bronco when it becomes available later in 2020.

Video: Will the new Bronco help Ford make a turnaround?

Despite its terrible performance, Ford stock remains popular with investors. The company ranks number one in Robinhood’s top 100, with 926,000 people holding shares on the platform.

People love the automaker because of iconic brands like the Mustang, F-150, and the new-look Bronco. The company failed to live up to its potential due to years of mismanagement and a bloated operational process.

The iconic automaker reported second-quarter earnings on July 30. The results were a disaster.

Total revenue fell by 50% from $38.9 billion to $19.4 billion. Operating losses spiraled to a staggering $2.8 billion. But – buried deep in the wreckage – there was a glimmer of hope.

Ford’s Chinese operations, which were weak in the second quarter, posted an impressive recovery. Wholesale units are up 34% from the prior-year period, and EBIT margins have risen from a brain-melting minus 41% in the first quarter to negative 17% in the second.

While the company is still in bad shape, the Chinese recovery might be a good omen for Ford’s U.S. and European operations when the pandemic is over.

From office furniture salesman to automotive CEO, Jim Hackett was always the wrong man for the job. Hackett previously worked as the chief executive of Steelcase Inc. By all accounts, he did well in that role – but his skills didn’t transfer well to Ford.

Since the start of Hackett’s tenure in May 2017, Ford stock has lost 38% of its value despite management’s best efforts to restructure the company. 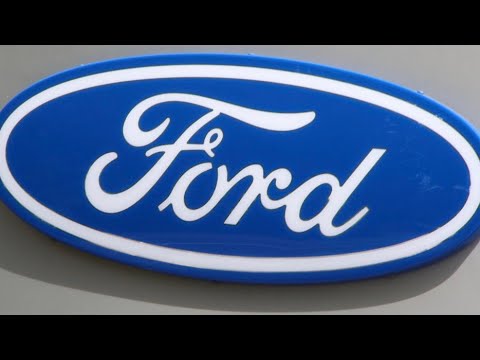 Under Hackett’s leadership, Ford axed thousands of white-collar jobs and discontinued beloved car brands like the Taurus, Fusion, and Fiesta to focus on higher-margin trucks and SUVs.

Ford’s leadership failed to execute on its cost-cutting strategy during Hackett’s tenure, and it’s time for someone else to take over. Whether or not Jim Farley has what it takes remains to be seen.