While most of America was focused on the Super Bowl, Musk was in Texas at the SpaceX testing site. The rockets had recently been shipped from California to the testing site near McGregor, Texas. Musk and his team were up late preparing for the first test late Sunday night. A few hours later, the first video went live on Twitter.

Viewed more than a million times by press time, the 4-second video shows an extremely long flame shooting out of the Raptor. A second video went shortly thereafter, twice as long and loud:

A Central Texas local reportedly noticed what was going on at SpaceX and tweeted about it:

@Erdayastronaut @sarahcruddas @johnkrausphotos Heard an explosion and see a fire near SpaceX facility in McGregor…may be intended, may not even be from SpaceX. But it was LOUD pic.twitter.com/PLi0FsHnc7

When the rockets were first shipped from California to Texas, Musk noted that the company is working hard to get a moon-worthy rocket to ready. The ultimate goal of the Raptor rockets is still for Mars exploration. The Raptor is intended to replace existing rockets already in production, the Falcon 9, Falcon Heavy, and Dragon.

The Raptor product is currently on track. Musk has previously tweeted that the company will attempt a moon trip first.

SpaceX: Mars Exploration is the Goal

While SpaceX keeps its eyes on human exploration of Mars, heavily developing the Raptor, it is under financial pressure to actually develop revenues. The company is good at winning open contracts from governments and large companies around the world, but recently suffered a spate of layoffs. Musk blamed these layoffs on the “absolutely insane”  Starlink global high-speed internet project as well as a co-existing Mars rocket project.

Musk says the company needs to be “spartan” in its expenditures. The revamped approach to Raptor appears to be an attempt to cut costs by developing the rocket in stages. First it will go to the Moon and potentially function as an orbiting product around Earth. Later it will be further developed and upgraded into a rocket with the potential to explore Mars.

While Musk believes that layoffs at his day job — electric carmaker Tesla — were necessary in order to keep the company’s products relatively affordable, he thinks the SpaceX research projects are costing too much and seems to regret the SpaceX layoffs. He reportedly said during an investor call last week:

“And so, SpaceX has to be incredibly spartan with expenditures until those programs reach fruition.”

When Musk says “insane,” he doesn’t necessarily mean it in a negative way. As a businessman, he’s referring to the fact that his company is engaged in services once only provided by governments with virtually unlimited resources. When SpaceX eventually develops a space highway to Mars for mankind, they will either be the only company doing it or the only one doing it well. Untold fortunes await SpaceX at that point.

SpaceX IPO: Will It Ever Happen? 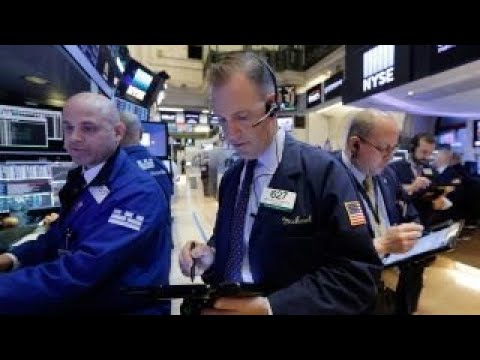 Still, SpaceX has yet to reach out for public money via an IPO. In 2017, rumors rocked the investor community: SpaceX would be launching an IPO that year. A year later, the company went for more venture capital funding, selling some shares at $135 to Fidelity. Its valuation at that time was $27.5 billion.

While SpaceX could focus on more terrestrial projects like competitive satellites, which they are also into, the company’s true mission is deep space exploration. The potential for profit from space exploration is an unknown quantity, but it could easily go into the trillions. As profit goes, one potential area of investment would be minerals acquisition. The quantities of gold, platinum, and other rare materials in space by definition outsize supplies on earth. Developing a profitable method of extraction from foreign planets and space rocks is but one way that SpaceX could, in the long run, become the most profitable company in history.

As for Tesla, trading early this morning showed a big sell-off. Buy orders kicked in and kicked it up momentarily. After an hour or so of trading, things were on a recovery path.

While SpaceX is a separate company from Tesla, its fate is very much tied to Tesla. Good news about SpaceX can reflect well on Tesla, and vice versa.

Certainly the weekend’s activities demonstrate one thing about Musk: he is fully grounded. He understands that SpaceX needs to get realistic in its endeavors, and completion of rockets for near-term use (and potential sale to governments and others) is one of many ways they can do so. As for SpaceX engineers, this was likely not the first or last time they’ll be putting in long weekend hours in pursuit of a noble dream.