The Fed just held another oversubscribed repo swap on Monday.  Banks offered more than $54 billion in Treasuries and mortgage-backed securities against a $50 billion limit.

The rates paid for these repo contracts were the highest this month.  And that says, quite clearly, there is still a dangerous lack of liquidity in U.S. dollar markets.

Banks are short dollars and their need for them is not abating.

Last week the Fed announced their repo operation schedule, which will create $500 billion in term repos (swaps lasting more than overnight) to provide a flood of liquidity to keep short term rates from rising.

This means the central bank has lost control over that which it is most responsible for, short-term interest rates.

The September spike in SOFR – Secured Overnight Funding Rate – which prompted the Fed into action is long behind us.  And yet there is still a need to inject $25 to $50 billion a day into the repo market to keep it from seizing up entirely.

This is the biggest story in markets today.

And the question everyone should be asking is, why?

The financial media doesn’t want anyone spooked by this continued need to keep repo markets liquid.  Listen to this clip from Bloomberg to give you an idea of what the messaging is. 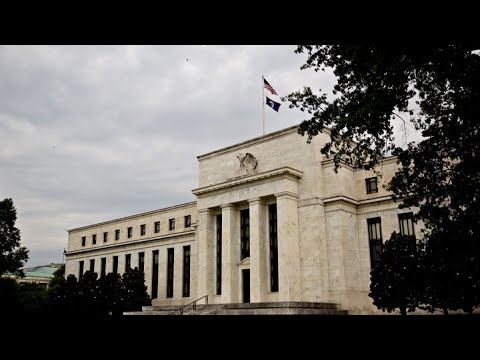 Mark Cabana is wrong.  He’s saying that the repo market passed through the eye of a storm due to quarterly corporate tax payments, which was the excuse for SOFR spiking over 10% on Sept. 17.

That’s nonsense.  That’s the fairy tale to keep everyone calm while the central banks scramble to figure out what happened.

Tax payments happen every quarter.  Why was the third quarter so bad it was worse than anything experienced in 2008?

No, something else was happening here.

I can’t tell you I know that was for certain.  But I can tell you there is fear over the European banking system and a whole lotta someones do not want to discuss this.

This leads me to my next question:

Why won’t the banks lend to each other in the repo markets at rates that are in line with the rates set by the central banks?

Because they don’t believe the other banks are good for it.  The banks are minimizing counter-party risk.

For example, J.P. Morgan Chase (NYSE:JPM) was so worried about this it spent most of the last year swapping dollars out for U.S. Treasury instruments, estimates are as high as $250 billion worth.

And then Morgan couldn’t lend this huge pile of Treasuries into the repo market because of new rules under Basel III.

What does Morgan know?

So, despite trillions in excess reserves banks are worried about lending those reserves out, especially when they can get 1.55% in IOER – Interest On Excess Reserves – risk-free from the Fed.

That should tell you something.

But, Morgan went beyond that, swapping cash for bonds because it could see a bigger return from capital appreciation alone, forget the coupon.

This is the backdrop.  And September’s repo event was the biggest signal something died in the world’s money plumbing since 2008.

So, in steps the central bank to provide dollars on demand.

But these dollars aren’t necessarily for the U.S. banks. They pass through U.S. markets to where they are really needed, in Europe.  There has been a real dearth of dollars in offshore markets, known as eurodollars, for more than a year.

In May 2018, the eurodollar futures curve inverted.  And like any other bond-related maturity curve, higher rates at shorter duration mean there’s a shortage of the underlying asset, in this case dollars held offshore.

And no intervention by the central bank seems to improve this.

From Brexit to Eternity

That’s why the problems in repo are just beginning.  Looking ahead we see nothing but trouble in Europe.

Last week I talked about the British election result and how that could have spillover effects on Germany and German banks.

Prime Minister Boris Johnson put the threat of hard Brexit back on the table by ruling out a further extension of trade negotiations beyond the end of 2020.

The euro and the British pound gave back their gains from last week.  Gold acts like it’s trapped under something heavy, refusing to budge more than $10 week to week.  And the equity markets rally because as bond yields collapse, they’re a good source of real yield.

And this brings me to where I think the acute problems lie, Deutsche Bank (NYSE:DB).  Deutsche Bank holds more than $50 trillion in interest-rate derivative swaps. All across Europe banks are struggling with negative rates killing their core business, especially Deutsche.

I’d argue given the size and persistence of the need for offshore dollars that Deutsche Bank has already, for all intents and purposes, failed, major U.S. banks like Goldman Sachs (NYSE:GS) are in trouble, since they are the most exposed to Europe

Those swaps cannot blow up with huge moves in interest rates or it’s lights out for a lot of U.S. banks exposed to the underlying debt.  In this case its the more than $12 trillion in negative-yielding European sovereign debt.

This is the biggest bubble in history and the only thing keeping it afloat is momentum traders front-running the central banks’ buying.

What happens when the music stops?