The NBA is in a real pickle. After developing a strong reputation for political integrity and social awareness, they’re having a hard time sticking to their ideals when the money is on the table.

ESPN SportsCenter anchor Keith Olbermann and many others are calling it out. In response to a video surfacing of James Harden apologizing for his general manager’s pro-Hong Kong tweet, Olbermann tweeted that it’s “embarrassing beyond words.”

The @NBA’s obsequiousness on this, from @joetsai1999 to the smarmy league Statement on @dmorey to this Harden remark, is embarrassing beyond words. To stand up for the democratic freedoms we have here is to risk alienating those who would suppress them. The NBA has failed: https://t.co/WGAMKdsY4C

“[T]o stand up for the democratic freedoms we have here is to risk alienating those who would suppress them. The NBA has failed.”

It All Started with a Tweet from a Rockets Executive

Hong Kong is a rare semi-autonomous Chinese city, and the protests centered around a law that would allow China to extradite criminal suspects to the mainland. They’ve since expanded into a general pro-democracy movement, one that has been met with violence on multiple occasions.

The most woke sports league in the world would surely get behind their fight for freedom, right? Nope, sorry, not even a little bit.

China is the NBA’s most important international market. They announced a $1.5 billion streaming partnership with Chinese tech giant Tencent in July. The NBA has said that over 490 million people in China watched content on the league’s platforms last year.

China canceled an upcoming G-League game, and now the NBA is doing whatever it can to keep their money flowing into their pockets.

Now, the apologies are rushing in. Morey has backtracked his statements, shouting out his Chinese sponsors in the process.

2/ I have always appreciated the significant support our Chinese fans and sponsors have provided and I would hope that those who are upset will know that offending or misunderstanding them was not my intention. My tweets are my own and in no way represent the Rockets or the NBA.

The NBA released a statement, saying:

“We recognize that the views expressed by Houston Rockets general manager Daryl Morey have deeply offended many of our friends and fans in China, which is regrettable.”

Of course, they even got one of their biggest superstars, James Harden, to speak for them. He’s spent all summer working on a highly anticipated new move.

While we all thought it was a one-legged three-pointer, it turns out it may be a crossover: from principled individual to corporate shill. 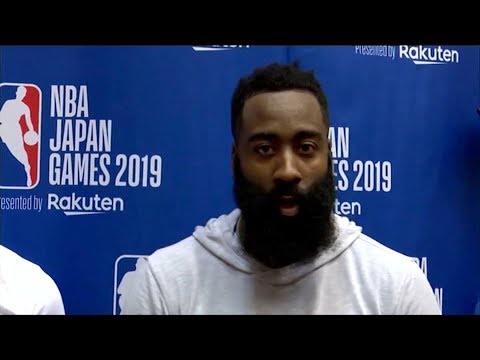 “We apologize. You know, we love China. We love playing there,” he said, adding, “We love everything there about them, and we appreciate the support that they give us individually and as an organization.”

【Show Me the Money】@NBA🤑#China lures the WORLD to kneel at her feet by cash. #FreeWorld pls stand firm & support #antiTotalitarianism 🇨🇳 or your country’ll be suppressed the NEXT. #FreedomOfSpeech Matters.

Unfortunately for the NBA, Olbermann is not the only famous figure criticizing the league’s capitulation. Politicians have raced to the topic to point out that they’re not the only hypocrites out there.

Politicians from the right, such as Marco Rubio and Ted Cruz, were among the first to sound off. Rubio called the NBA “grotesque,” while Cruz said the NBA is “shamefully retreating.”

.@NBA is throwing the GM of @HoustonRockets under the bus to please the Communist Chinese Govt.

They allow #China to punish a U.S. citizen for free speech in order to protect NBA’s market access in China.

As a lifelong @HoustonRockets fan, I was proud to see @dmorey call out the Chinese Communist Party’s repressive treatment of protestors in Hong Kong.

Now, in pursuit of big $$, the @nba is shamefully retreating. https://t.co/7waMde5KrM

Politicians from the left, like minority leader Chuck Schumer, D-NY, tweeted that the NBA’s “gag rule” was “unacceptable.”

No one should implement a gag rule on Americans speaking out for freedom.

I stand with the people of Hong Kong in their pursuit of democratic rights.

I stand with Americans who want to voice their support for the people of Hong Kong.

If nothing else comes from this, at least it may unite America and give the NBA all the free publicity it could ask for – and hopefully, quite a bit that it doesn’t want.