By CCN.com: While the mainstream media works itself into a frenzy about the impending “God of Chaos” asteroid that will pass dangerously close to Earth within the next decade, one notable expert is unconcerned. Tesla and SpaceX boss, Elon Musk, has gone on Twitter to reassure his friend Joe Rogan that there is nothing to fear from 99942 Apophis, this time.

Great name! Wouldn’t worry about this particular one, but a big rock will hit Earth eventually & we currently have no defense. https://t.co/XhY8uoNNax

There is no question that the God of Chaos is worth some attention. GoC’s course from Earth (19,000 miles) is atypically close. Moving at 25,000 mph and 340 meters across, if it were to strike Earth, the damage would be unprecedented. Elon Musk’s confidence likely comes from the exceptionally low probability currently assigned to an impact. Musk does, however, raise an interesting point, that it is inevitable that Earth at some point will have to deal with a significant impact from an intergalactic rock.

If there is currently no defense, surely NASA needs to get someone on that. Well, they did and it’s SpaceX and Elon Musk. The DART (Double Asteroid Redirection Test) planetary defense project involves the flying of a spacecraft into the Didymoon satellite asteroid to see how it affects its orbit. The launch, planned for June 2021, targets impact sometime in late 2022. 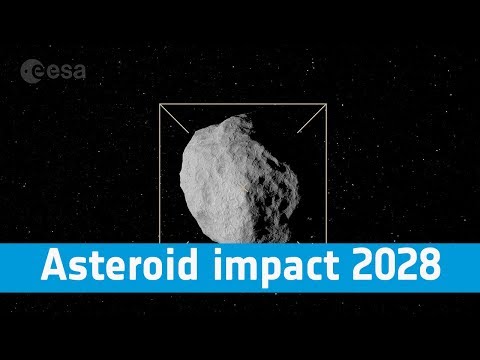 Musk’s tweet is both reassuring and a warning at the same time. In 2018, the “National Near-Earth Object Preparedness Strategy and Action Plan” was created by the White House, laying out several steps the U.S. government plans to take to create some basic level preparedness from a serious asteroid threat over the next decade. The God of Chaos’ arrival in 2029 probably has something to do with this. The European Space Agency is also working on a solution, named Hera.

Elon Musk is quickly establishing himself as planet Earth’s go-to problem solver. Whether it be finding a way to get big cities out of gridlock, slowing climate change, or combating the threat from AI, the billionaire is definitely not short of projects. We can now add saving the world from asteroid Armageddon to this list.