Elon Musk relaunched Tesla’s residential solar-power service and claimed that it could save you about $500 a year. Indeed, Musk gushed that it’s “like having a money printer on your roof.”

Musk acquired SolarCity in 2016, but the business has struggled under his leadership. With the relaunch, Tesla Solar has aggressively slashed prices to undercut its competition.

This is all part of Musk’s grand vision to make Tesla the Holy Grail of the solar industry.

With the new lower Tesla pricing, it’s like having a money printer on your roof if you live a state with high electricity costs. Still better to buy, but the rental option makes the economics obvious.

Elon Musk claims you can save $500 a year

According to Tesla’s website, you can rent solar power panels or solar roofs for as little as $50 a month.

That cost includes panel installation, hardware, and ongoing maintenance. There’s no upfront cost for the installation, and you’re not locked into a long-term contract.

Musk claims you can save about $500 a year off your utility bills with Tesla Solar, and you can cancel the service anytime. However, if you want the panels removed, it’ll cost $1,500. Tesla underscored that it does not make a profit on solar panel/roof removals.

In June, Musk tweeted that he hopes to manufacture about 1,000 solar rooftops a week by the end of 2019.

After leading the field for years, Tesla’s Solar segment is now trailing its competition. For the first quarter of 2019, Tesla tumbled to third place for solar installations in the United States.

Spooling up production line rapidly. Hoping to manufacture ~1000 solar roofs/week by end of this year.

This is a catastrophic plunge from Tesla Solar’s peak, when it alone accounted for more than a third of the entire U.S. residential solar market.

In April, Wood Mackenzie’s solar analyst Austin Perea said he believed that Tesla had essentially “thrown in the towel” on pursuing growth in the residential solar space because it concluded that acquiring customers is simply too expensive.

However, Elon Musk has apparently not given up, as evidenced by his aggressive re-launch of Tesla Solar this week.

Musk has legions of fans around the world for his visionary, outside-the-box thinking and grand ambitions. But critics argue that Musk might do better to focus his energy instead of haphazardly splitting it among different ventures.

Earlier this week, Musk renewed his calls to “nuke Mars” to prepare it for exploration. As CCN.com reported, Musk wants to colonize Mars while simultaneously dominating the electric-car market and crushing his solar rivals into the ground. 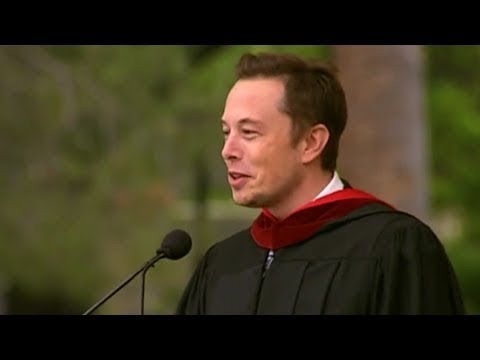 Think that sounds crazy? Elon Musk begs to differ. “Don’t let anything hold you back. Imagination is the limit,” he said in 2012 at Cal Tech (see video). “Go out there and create some magic.”