Elon Musk scored another major victory in his quest to usher in the Age of Artificial Intelligence today when Microsoft announced it would plunk $1 billion into his visionary OpenAI project.

As Tesla preps to launch robotaxis and Neuralink prepares to start human testing, it’s shaping up to be a massive 2020 for artificial intelligence research.

Moreover, it’s become abundantly clear that if and when the US wins the AI arms race, we’ll have one man to thank: Elon Musk.

Why Microsoft Invested $1 Billion in OpenAI – and Elon Musk

.@Microsoft is investing $1 billion in and partnering with OpenAI to support us building beneficial AGI: https://t.co/ueiPKAiXfa pic.twitter.com/8Ebu9knHAk

Musk’s OpenAI is imbued with the mission to produce safe AI that benefits everyone on the economic spectrum.

The cash infusion from Microsoft will be utilized to work on AGI (artificial general intelligence). They believe this has wide-reaching advantages for the world.

The billion-dollar partnership will see OpenAI create new supercomputing technology for Microsoft Azure and make use of their cloud. OpenAI did not mince words in regards to the importance of their project in a press release on their blog.

“An AGI will be a system capable of mastering a field of study to the world-expert level, and mastering more fields than any one human — like a tool which combines the skills of Curie, Turing, and Bach. An AGI working on a problem would be able to see connections across disciplines that no human could… We believe that the creation of beneficial AGI will be the most important technological development in human history.”

One of Japan’s foremost businessmen, Softbank founder Masayoshi Son, has made it clear he believes that his nation is falling behind the US in the AI arms race.

It’s hard to disagree when you consider that just one man is behind five of the most intriguing projects out there.

Just watch this video from OpenAI: 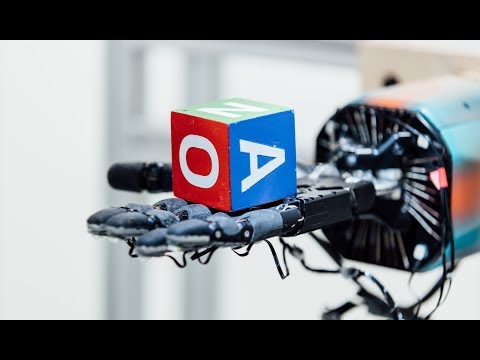 Not Even China Can Overpower This AI Superteam

If you stack his projects together, Elon Musk looks to be single-handedly driving the US into the fully-automated future.

Self-driving Teslas that can work for you while you sit at home are in the pipeline. Musk also backs Neuralink, which could potentially cure previously-incurable diseases like quadriplegia, among other benefits. Now, OpenAI is such a viable project that the world’s most valuable company believes they can add more than $1 billion of value to their brand.

We haven’t even mentioned the fact that The Boring Company is addressing the issue of overcrowding in large cities and SpaceX is both pioneering inter-galactic travel and improving interconnectivity on earth with their Starlink project.

AI is going to be a game-changing technology in the world. Both negatives and positives will emerge, but if Elon Musk can hit just 50% of his targets, it will be incredible for the US.

The Leonardo da Vinci of his era, Musk’s ability to repeatedly pioneer revolutionary technological concepts is unmatched. Ally this with the superior economic performance of the United States and the unique talent pool that is Silicon Valley, and you have a powerful trifecta that looks unassailable for any other nation – even China.