By CCN.com: Whitney Tilson has been shorting Tesla since 2014, and the former hedge fund manager and avid TSLA bear is at it once again. This time he’s willing to bet you $10,000 that Elon Musk’s robotaxi fantasy will crash and burn.

In a letter to investors this week, the 52-year-old took a stab at Tesla’s charismatic leader, predicting that he’ll fail to create one million robotaxis by the end of next year. Elon Musk made those bold claims at Tesla’s Autonomy Day in Palo Alto last month:

Elon Musk a ‘Zillion Miles Away’ from Commanding Robotaxi Army

In true gaming style, Elon Musk is looking to level up his character by being the first to reach the holy grail of all autonomous vehicle (AV) research – Level five. Level five cars are fully automated, no adult supervision required. There’s a reason you won’t find one on the road right now though. They’re damn near impossible to create.

Value investor Whitney Tilson alleges the overly-ambitious Musk is a “zillion miles away” from seeing his robotaxi army becoming a reality. He cited the following video evidence of just how far Tesla (or any other AV company for that matter) still has to go to achieve that goal: 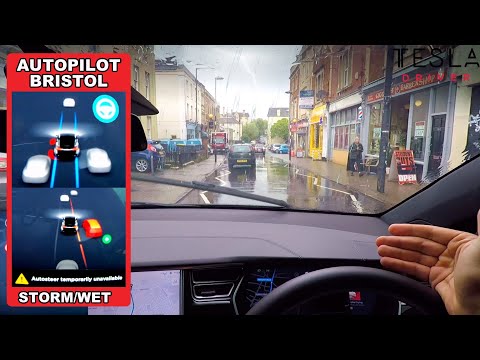 Despite vast improvements in self-driving tech, autonomous cars still rely heavily on road lines and other static data that can’t predict a whole host of scenarios. A friend of Tilson’s goes on to explain:

“Just because a 5 year old or a monkey happened to handle a traffic situation correctly, after numerous attempts at getting it right, does not mean that you have a reliable product ready for deployment among the general population. You need human intuition and responsibility — and no computer has any of that.”

Self-driving Tesla’s already have a rather shady safety record. As one CCN.com op-ed writer argued, Musk’s shenanigans to juice up Tesla’s flagging stock price are a rather questionable tactic when lives are at stake.

There appears to be no middle ground in the ever-growing divide between Tesla bulls and bears. The stock has had a veritable roller-coaster ride since its listing in 2010. Recent price action, however, will have investors worried.

The fall comes in stark contrast with the rest of the tech sector. While Tesla sags, the Nasdaq Composite Index sits not too far from its recent all-time highs.

The odds are that Tilson is riding this recent market downturn while Tesla’s misfortunes unfold. The $10,0000 bet, however, is made in good spirits with all proceeds going to charity. If you’re a Tesla bull and fancy your chances, Mr. Tilson has opened up the bet to anyone to prove he’s wrong:

“You want to do a bet for charity that Tesla doesn’t come within a year of either of those promises (on that back of which, he raised over $2 billion)? I’ll extend this bet to anyone – up to $10,000.”