If Elon Musk was busy last week, he’s swamped this week. The workaholic Tesla boss has his hands full at the best of times overseeing one of the world’s most valuable car companies (Tesla), a ground-breaking private space exploration enterprise (Space X) and his lesser-known but equally interesting public-transit company (The Boring Company). Telsa has been occupying a lot of media coverage lately, with safety concerns and company layoffs. On Monday his schedule got even more hectic as he was forced to file a response to a worrying SEC complaint which wants to hold him in contempt of Federal Court.

The SEC want to stop him tweeting, and Elon said (roughly speaking) “you can take my titles, but you’ll never take my tweets” citing his first amendment rights. Many political commentators thought this was absolutely the wrong way to go. There was some great news on Wednesday for The Boring Company though, and evidently, Musk wasn’t going to miss the chance to get his fingers tapping,

Looking forward to building a Boring Company tunnel in Vegas. Assuming to be operational by end of year! https://t.co/cSSO4SJ140

What Next For Musk When the SEC Dust Settles?

So what happens next? Well if he’s found guilty, he could potentially be banned from tweeting, face a huge fine and/or lose the Tesla CEO position. He has already given up as Chairman, but Chief Executive Office could be a more significant blow to the company. At this point does Musk even care? I would argue possibly not.

Space X Can Help us Reach Another World, But the Boring Company Can Improve This One

Elon Musk is an innovator and a problem solver first and a businessman second. What he excels at is creating groundbreaking products and marketing them in a way that generates an almost religious following. Tesla launched an electric car when no one could make one that looked and performed better than a cereal box. He changed the plug-in vehicle game forever. But now what? Its already worth more than GM and electric cars are becoming the norm rather than the exception, as is development in self-driving technology. Teslas use rubber tires and environmentally expensive battery manufacturing processes.Most of their charging stations use dirty power grids like everyone else.

Even the most ardent supporters have to admit that they are still an environmental negative when charging their Model S, 3 or X. Don’t even think about what we are going to have to do to dispose of the batteries when they are spent in 20 years. You can’t just melt them down like a regular car. Add in the fumes and fuel from Space X-ploration and Musk isn’t looking like the tree-hugger he was accused of being at the beginning of all of this. Enter the Boring Company. 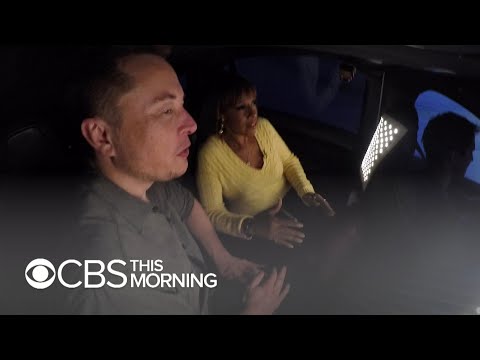 Musk Is First of All a Visionary

Elon Musk loves to be on the cutting edge of innovation and Tesla is the mainstream now. It’s Beverly Hill’s Prius (a little joke for the Los Angelenos there). His biggest goal is he wants to get to Mars, but for sure he wants to keep making a difference on earth too. As a resident of the West-Side of Los Angeles, Musk knows what pain traffic causes in urban areas as much as anyone. Well, the Boring Company seeks to solve these problems by creating a more efficient, speedier and safer public transportation system. In LA everything is so built up over the ground, underground provides a unique opportunity.

This is where Elon can be an environmentalist. He knows that changing car motors to electric doesn’t get the life-shortening particulates out of our cities and that Lithium is a nightmare to procure. The real answer to urban pollution is to get cars off the roads or at least reduce their road time.

His incredibly hectic schedule has at times made it seem like The Boring Company was an afterthought, and some struggles with Californian bureaucrats may have dented his enthusiasm. Musk is no stranger to legal obstacles after launching Telsa’s direct to consumer business model, and it is great to see the City of Las Vegas apparently on board with what Boring are trying to do. The proposed loop for the tunnel would help ease congestion and provide transport from the Las Vegas International airport. All for a staggeringly low cost of $35 to $55 million! California can barely build a public toilet for less than $100 million.

Losing the Tesla CEO position might be exactly the jolt Musk needs. Of all his companies, Boring Company needs him the most. A safe pair of hands could push Tesla along at this point. All you need is to avoid scandals and keep coming up with fun updates for the cars. Much like Tim Cook is doing at Apple without Steve Jobs. Musk has laid out enough of a vision for the future of the company with all the planned models that there isn’t much “envisioning” left to do. Boring Company needs a push at this stage; however, as with Urban centers around the world increasingly getting busier, infrastructure is groaning.

Lack of Urban Infrastructure a Major Obstacle to Global Growth

The US Government have so far failed to address this issue meaningfully. With all the talk of the wall and raising taxes and Russia, everyone has forgotten that both sides want to spend money on the US’s crumbling infrastructure. Bi-partisan concessions or agreement seem to be toxic in Washington at the moment, which is a shame as it means this vital project is, once again, left to gather dust on the steps. 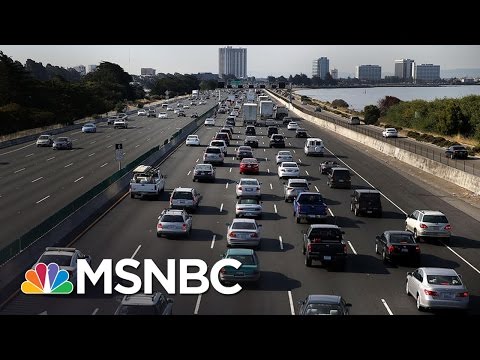 Boring by Name, Not By Nature

Look at how the Boring Company came to be created in this quote from Musk on Joe Rogan’s show,

“I have this, it’s sort of a hobby company, called The Boring Company, which started out as a joke, And we decided to make it real and dig a tunnel under LA. And then other people asked us to build tunnels, so we said yes in a few cases.”

Well, what started as a joke might turn out to be pivotal in making the 15-mile, 2-hour commute a thing of the past. It could be Musk’s enduring legacy if he doesn’t get people to Mars.

While I’m thinking about it, someone @ Elon musk or The Boring Company and ask him/them to take over California’s high-speed rail project. Billions could be saved as they wouldn’t need to worry about buying so much land. It could also be more direct as it wouldn’t affect any protected areas. Get digging guys.