If you believe the media, Ellen DeGeneres has nothing but celebrity support.

After all, Katy Perry, Kevin Hart, and Jay Leno all came out in support of the embattled comedian and talk show host. So, in their eyes, that means all of Hollywood supporters her, right?

As we previously told you, the only celebrity support that Ellen DeGeneres really got was from Kevin Hart, Katy Perry, and Jay Leno.

Hart’s defense of DeGeneres was nothing more than a bit of quid pro quo — she stood by him when he needed it, and he returned the favor. And Perry and Leno’s support of DeGeneres is really nothing more than celebrity narcissism at work — another example of “stars” knowing which side of the bread they need to butter in order to remain in good graces.

Video: Ellen DeGeneres Doesn’t Have As Much Celebrity Support As You Think 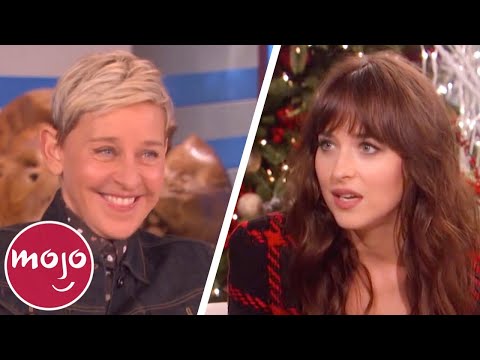 But other than those three notable names, who in Hollywood is really stepping up to defend Ellen DeGeneres?

The answer is simple: nobody.

Everyone Else Is Acknowledging What Her Employees Have Said All Along

Brad Garrett was one of the first celebrities to acknowledge, at least publicly, that Ellen DeGeneres was as bad as everyone said she is. Lea Thompson subsequently backed up Garrett’s accusations.

And while “50 Shades of Grey” fans point out that Dakota Johnson was one of the first celebrities who actually called out DeGeneres on her own show, the anti-Ellen sentiments can actually first be traced back to Kathy Griffin.

In her book, “Kathy Griffin’s Celebrity Run-Ins: My A-Z Index,” Griffin accused DeGeneres of getting her kicked out of a backstage dressing room at the Emmy awards. Griffin also said that DeGeneres “has a mean streak” that everyone in Hollywood knows about.

And, looking back on past episodes of Ellen’s show, it’s no wonder that celebrities aren’t exactly tripping over themselves to defend her. From making Taylor Swift cry, to scaring the life out of Sean “Diddy” Combs, to embarrassing Justin Bieber — and even to driving Michelle Obama to the point where she called Ellen “annoying” — DeGeneres seems to work overtime to make sure everyone feels uncomfortable and on edge around her.

No wonder Hollywood wants nothing to do with Ellen DeGeneres. Can you blame them?