Why are Katy Perry and other celebrities suddenly rushing to defend Ellen DeGeneres against mounting claims of toxic behavior?

It’s getting harder to believe Ellen DeGeneres was oblivious to what was going on behind the scenes of her eponymous talk show.

A former staffer alleges she knew all about the abuses that employees claim made a mockery of her “Be Kind” shtick. Abuses they say went unchecked and created a toxic work environment.

Ex-Producer: Ellen DeGeneres Knew Everything That Went On

Former “Ellen Show” producer Hedda Muskat has broken her silence about what it was like to work for Ellen DeGeneres.

This doesn’t come as a surprise anymore, but it sounds like DeGeneres was far from a delight to work for.

Video: Ellen Is Officially “Over”

According to Muskat, Ellen was not only aware of the “culture of fear” that festered behind the scenes – and chose to ignore it – but she actively encouraged it.

“He just went off on them,” she said [recalling a time when producer Ed Glavin openly screamed at a crew member in front of everyone]. “His whole face turned red…We were stunned. You could just see everybody’s faces go stiff. We’re professionals; we’re adults. We don’t need a dog to get us to do our jobs.”

How did Ellen react to this sort of behavior? She “giggled.”

What’s With the Celebrity Support?

With each new allegation, it becomes harder to explain away the accusation that Ellen DeGeneres is a bully.

That’s why it’s so bizarre that this is when celebrity support for the disgraced talk show host has begun to pour in.

DeGeneres’ wife, Portia de Rossi, published a message of support on Monday. So did Nacho Figueras, a close friend of Prince Harry.

It was much more shocking to see Katy Perry rush to Ellen’s defense. Perry said she’d only ever had “positive takeaways” from her interactions with DeGeneres.

Why the sudden support from her fellow celebrities?

It’s understandable that Portia de Rossi would defend her wife (although the timing raises questions). That doesn’t explain why other stars are lining up to protect her.

Three months ago, sure – but now? 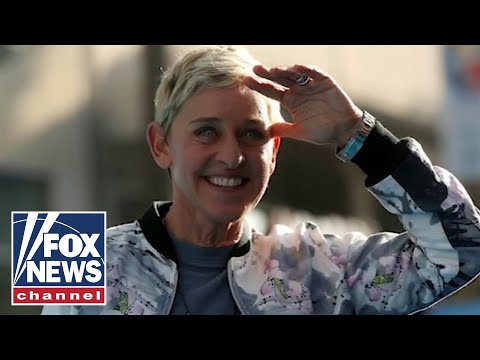 Honestly, do they believe all Ellen’s accusers are lying? Or do they think this despicable behavior is acceptable?

To Hollywood’s credit, Perry and de Rossi are in the minority – at least for the time being. Other celebrities – including Brad Garrett, Dakota Johnson, and Lea Thompson – have spoken out against DeGeneres and her treatment of her underlings.

I’m worried Perry’s tweets will give other celebrities cover to ignore the scandal. The environment that fostered the #MeToo movement needs to come to terms with the fact that Ellen DeGeneres’ reign at the top needs to end.

It’s time to cancel her for good.

Bernadette Giacomazzo is an editor, writer, and photographer whose work has appeared in Teen Vogue, People, Us Weekly, The Source, XXL, HipHopDX, The Los Angeles Times, The New York Post, BET.com, and more. She is also the author of The Uprising series and is the CEO of the acclaimed G-Force Marketing & Publicity firm, which has been featured in The Hollywood Reporter and has scored film, television, radio, and print placements for celebrity clientele worldwide. Reach her via email. Visit her website here, her MuckRack profile here, or her LinkedIn profile here.

September 27, 2020 13 Comments
← PreviousMeghan Markle Is No Leading Lady – but We Already Knew That!
Next →Will Prince Harry Ditch BFF Who Called Ellen a ‘Wonderful Human?’