In the Xbox Series X gameplay reveal event on May 7, Kansas City Chiefs QB Patrick Mahomes II was on hand to announce Madden NFL 21 for the console. Like several other games shown as part of the event, the trailer offered fans very little idea of what the game will look like on Xbox Series X.

EA also made the big announcement that those who buy Madden NFL 21 on Xbox One will be able to get a free upgrade on Xbox Series X. While some fans had thought that it would use Xbox Series X Smart Delivery like Cyberpunk 2077, this offer isn’t as good.

In a post on EA’s site, the company revealed that only those who buy Madden NFL 21 on Xbox One by December 31 will be able to get the upgrade. Players must then get the free Xbox Series X upgrade by March 31, 2021, or they’ll have to pay for it. 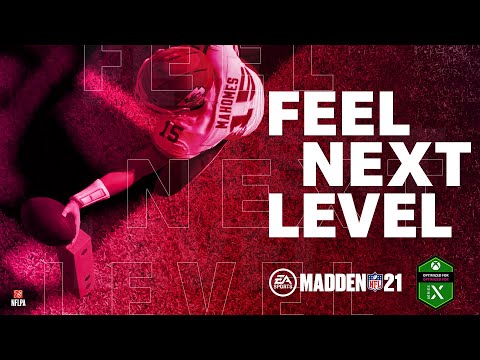 It’s unclear why EA is taking such a stingy approach to its upgrade system. It looks incredibly bad-natured as games like Assassin’s Creed Valhalla and Dirt 5 will all be using Xbox Series X Smart Delivery and aren’t doing their own, weird upgrade thing.

One possible reason is that EA plans to offer its EA Access subscription service on Xbox Series X. It added Madden NFL 20 to EA Access in January 2020, and it could potentially do the same thing with Madden NFL 21.

Ending the free Xbox Series X upgrade offer in March means that players who own Madden NFL 21 on Xbox One, but don’t want to buy the game again on the new console, will sign up to EA Access.

That’s just one, unconfirmed potential idea that EA may be planning. However, few would be surprised to see this company, or any other, do something that puts money over being helpful to players.