The Dow roared at Wednesday’s opening bell, clawing higher as the US stock market seized on another round of bullish trade war news. However, the index quickly turned volatile as Wall Street grappled with Donald Trump’s latest vicious assault in his ongoing war with the Federal Reserve.

Pre-market futures trading pointed to a strong open, and the Dow Jones Industrial Average rallied at the bell. That jump soon gave way to a choppy morning session, however, as the Dow slipped into the red before rallying higher. As of 12:50 pm ET, the Dow had gained 71.76 points or 0.27 percent to settle at 26,250.89. The S&P 500 and Nasdaq surged even higher, rising 0.51 percent and 1 percent, respectively.

The Dow’s top gainers included Intel and Home Depot, which rose 2.67 percent and 1.80 percent. The index was hindered by Walgreens Boots Alliance and Boeing, which continued their losing streaks with losses of 1.54 percent and 1.14 percent.

On Tuesday, a shaky Dow slipped 79.29 points or 0.3 percent to 26,179.13. The index was weighed down by Walgreens, which plunged 12.81 percent after its quarterly earnings failed to even land in the same zip code as analyst estimates. More worryingly, the shocking revenue miss triggered alarms that quarterly earnings season could be brutal for the market.

This morning, Wall Street is breathing a collective sigh of relief in response to two separate reports out of the Trump administration.

The Wall Street Journal reports that President Trump regularly launches vicious verbal attacks against the Fed, not only in meetings with legislators and staffers but also directly to Jerome Powell himself.

According to that report, Trump has railed against the Fed on at least three separate occasions in the past week alone, blaming Powell for stunting the Dow’s recovery – parabolic though it may be.

“He was pretty rough,” one unnamed source said.

Donald Trump, as CCN.com reported, seeks to hang his reelection campaign platform on the booming stock market, which explains his seemingly single-minded focus on boosting Wall Street and his utter disdain for anything – or anyone – he believes will hinder that goal.

Crucially, though, the president appears to have resigned himself to the fact that Powell will serve out his term as Federal Reserve chair, whether Trump likes it or not. “I guess I’m stuck with you,” Trump reportedly seethed during a phone call with Powell.

While certainly not the foundation for a positive working relationship, it’s a major improvement from just a few months ago when Trump reportedly flirted with initiating a major legal and political crisis by firing the Fed chair, a move no president has ever attempted.

With that destabilizing event now apparently off the table, the market should be less skittish when Trump periodically lobs a savage attack at Jerome Powell or the Fed when searching for a scapegoat for a hiccup in the Dow’s decade-long bull run or another bearish economic indicator.

Maybe Trump’s war of words will even persuade the Fed to give the Dow a little more short-term juice. 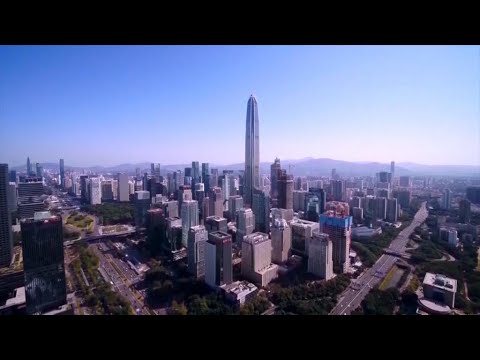 Elsewhere in the US capitol, the US-China trade war merry-go-round has traders feeling bullish.

According to the Financial Times, negotiators have hammered out most of the trade agreement’s key details and have progressed to discussions about how to “implement and enforce” the deal once it is signed.

“We’re getting into the end-game stage,” said Myron Brilliant, executive vice-president for international affairs at the US Chamber of Commerce. “Ninety per cent of the deal is done, but the last 10 per cent is the hardest part, it’s the trickiest part and it will require trade-offs on both sides,” he reportedly told reporters on Tuesday.

Later today, Chinese Vice Premier Liu He will meet with US Trade Representative and Treasury Secretary Steven Mnuchin in Washington. If the officials find an agreeable compromise for enforcement, as well as existing tariffs on Chinese imports, Presidents Trump and Xi could meet at a signing ceremony sooner rather than later.

White House economic advisor Larry Kudlow further pumped the alleged trade war progress at a press gathering on Wednesday, revealing that US negotiators had achieved a key breakthrough in their negotiations with Chinese officials. Specifically, Kudlow said that China had conceded that the US has a legitimate reason to complain about intellectual property and forced technology transfer, which had been a key sticking point in closing a formal agreement.

“They have for the first time acknowledged that we have a point. Several points,” Kudlow said. “And I think that has led to, you know, good negotiations.”

Still, Trump’s unpredictability ensures that nothing with the trade deal is certain, and traders should avoid allowing bullish euphoria to lead them to price in a swift resolution to a process that has repeatedly been delayed, much to the ire of the Dow and its fellow indices.

“Until President Trump looks at the final version, and listens to Lighthizer’s recommendation and decides he wants to stand up and endorse this, there’s always a possibility it doesn’t happen.”