Things just went from bad to worse for Boeing, and they don’t look much rosier for the Dow heading into Tuesday’s afternoon trading session.

Boeing Drags Down Dow as 737 MAX Orders Drop to Zero

The beleaguered aviation giant’s stock – the largest component in the DJIA – is sliding again as demand for the grounded 737 MAX jet has cratered. According to MarketWatch, 737 deliveries also plunged 49% between Q4 2018 and Q1 2019.

In fact, for March there were precisely zero 737 MAX orders. Zero.

For a company which was riding high and dominating the outlook for the Dow with its exceptional earnings, Boeing now faces an unprecedented crisis. Yes, they have encountered events like this before, but never in this era of saturation media. Potential passengers are more aware of the model name and possible defect than they ever have been, which means airlines will proceed with caution.

There are many optimists still trading Boeing stock, and one of these bulls holding onto their buy rating is Berenberg’s Andrew Gollan who commented recently that the 737 is, simply, too big to fail.

“Given just how many planes have been ordered, it is understandable the share price would hold up relatively well while the bulk of planes are still on course to be delivered. It will be unrealistic for the market to reject the platform outright. Alongside the Airbus A320, the 737 is crucial for meeting massive global demand for narrowbody capacity over the next decade and beyond,”

That said, Airbus could emerge as a winner in this scenario. There are $600 billion of Boeing orders at risk, and it seems possible that airlines could change course and go for the A320 instead of the 737. This kind of thing could snowball, and it could be a contributing factor to the goose-egg in March for the MAX 8.

China Could Hold the Key to Boeing’s Future 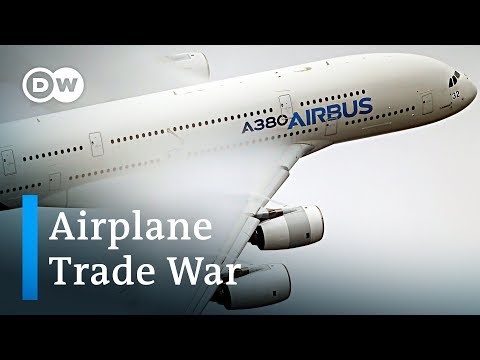 Still, there has been some good news for Boeing lately. China Aircraft Leasing Group has denied that it will give up on its sizeable 100 plane 737 order, amid fears that China might use Boeing as a trade war negotiating tactic.

Nevertheless, looking squarely at the price action, it seems like good news is merely acting as a cushion at this stage. Unfortunately for bulls, the bearish news remains more dynamic in moving the stock price.