The Dow Jones fell on Monday as China attempted to exploit President Trump’s premature announcement that a “phase one trade deal” was complete.

The stock market hung paralyzed in quiet Columbus Day trade as Dow bulls started to question if there was ever an agreement in the first place.

As the Dow Jones edged down slightly, other major US stock market indices were also in the red, as the Nasdaq and S&P 500 both under-performed the Dow. It was an extremely rough day for the oil price, as both Brent and light crude fell 2.6% in moderate risk-off trade.

Adding to the pressure on stocks, the British pound helped trigger a rally in the U.S. dollar as sterling sold off after news Brexit talks have broken down again. The euro slid slightly in sympathy with its British cousin. Trade war barometer USD/CNH (Offshore Chinese yuan) oscillated before settling down 0.15%.

The gold price rose with trade angst on both sides of the Atlantic. Haven flows were also boosted by news that Syria is sending forces to the Turkish border to tackle Ankara’s offensive against the Kurds directly. Fresh economic sanctions on Turkey could be seen as soon as Monday afternoon. The Dow Jones has so far been disinterested with events in the Middle East, preferring to focus on U.S.-China developments in Washington. The Turkish stock market is being smashed, down 5% after the news.

China’s request to go back to the negotiating table could have been disastrous for the Dow, given how much trade war progress has been priced into the stock market over the last week. Stocks appear to be anticipating that this initial deal will get done, as both parties have significant interests in seeing it signed. A glance at recent Chinese import/export data tells traders all they need to know about the weak state of global trade. 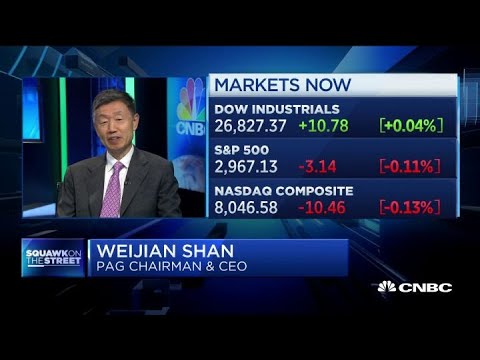 Perhaps more concerning for Dow bulls hoping for a comprehensive trade deal soon is speculation there may not be an agreement at all. Christopher Balding writing for FP believes that the most significant issue at hand for Trump and China is that the phase one deal never existed at all. He stated:

“The fundamental problem with the deal, however, is that it doesn’t seem to actually exist. As of Monday in Asia, there was no official text of the agreement between the United States and China. Officially, Chinese state media would only say that “substantial progress” had been made. Even US officials still said they would be papering over the agreement, and it remained unclear how big any agricultural purchases would be, over what period, and whether any currency or intellectual property commitments would be included. In short, while a more material deal may spring forth in the coming days, there is nothing substantive at present.”

On the other side of this argument, some Chinese commentators have suggested that Beijing is prepared to make a deal, and their reluctance to sign is more of a cultural difference.

Based on what I know, China-US trade talks made breakthrough last week and the two sides have the strong will to reach a final deal. Initial statement of the Chinese side is moderate. This is China's habit. It doesn't mean China's real attitude is not positive.

It was a mixed day for the Dow 30, as heavily weighted Apple was only able to squeeze out a 0.15% gain. Trade war bellwether Caterpillar fell 0.3% on the breakdown of Trump’s phase one deal.

Nike (NYSE:NKE) stock hit a record high above $95.13 with a 1.3% rally after another analyst upgrade for the apparel manufacturer. NIKE has been surging since its last earnings report demonstrated it has broadly evaded any ill-effects from the U.S.-China trade war.

Boeing (NYSE:BA) stock rose slightly after news that their incumbent CEO Muilenberg was stripped of his Chairman title. Boeing insider David Calhoun will take over to manage the 737 Max crisis.

Johnson & Johnson (NYSE:JNJ) was trading lower ahead of earnings Tuesday as litigation fears grow. The company still has a multitude of settlement payments to make relating to its involvement in the opioid crisis that is likely to cost billions of dollars.