The Dow Jones exploded higher on Friday as news broke that the Trump administration and China had struck a partial trade agreement, setting the stage for a potential tariff truce.

All three of the major US stock market indices were more than 1.5% higher, as the Nasdaq enjoyed a slight lead over the Dow Jones and S&P 500 with a 1.99% rally.

Commodity prices were mixed again, and gold suffered a sell-off (-0.89%) as haven demand slipped. Crude oil surged as the outlook for global growth improved with the prospect of a truce in the trade war.

The US dollar declined against a buoyant British pound following reports that the EU and UK were working hard to make a Brexit deal before the October 31st deadline. A strong Canadian dollar further weighed on the greenback after some very positive jobs data. The positive effects of a weak USD on the Dow were limited by a sharp decline in the Japanese yen, which supported the DXY.

While few details have yet emerged about the trade deal between the US and China, the Dow clearly loves the de-escalation in tensions. The question remains if these good vibes are going to continue for the stock market following an avalanche of earnings releases next week.

Concessions on US agriculture exports could lead to the US canceling a rise in tariffs on October 15th, but there are no expectations for the removal of other existing tariffs currently in place. 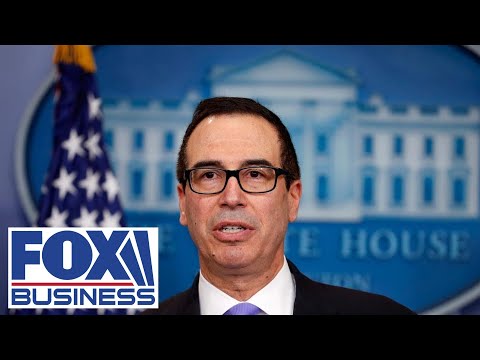 Lurking in the background, tensions with Turkey are building as Treasury Secretary Steven Mnuchin announced the possibility of fresh sanctions on the Turkish economy. A missile strike on an Iranian tanker also has Trump sending more troops to Saudi Arabia, further building tensions in the region.

Domestically, a court has ordered the release of Donald Trump’s tax records to Congress, which could intensify impeachment fears if any bombshell links to Russia or Ukraine emerge.

Focusing on the implications of a trade deal between Trump and China, Sebastien Galy, Senior Macro Strategist at Nordea Asset Management, had the following to say to CCN.com about the current impact that the trade war is having on the global economy:

“The impact [of tariffs] has been a severe hit on Chinese manufacturing, far worse it seems than suggested by official data. The size of the impact can be clearly seen in Swedish, German and even US manufacturing PMI data. Much of this increase in tariffs has been passed on to US consumers.”

Now at the precipice of a deal, Galy finds plenty of positives for the Dow outlook as US, European, and Asian stock markets could be set to rally around the world.

“By reaching a very likely trade deal that largely depends on China’s goodwill, we have reached a far better place for Asian, Germans and Swedish equities as well as US growth stocks. Looking forward a likely reversal of some tariffs is likely to further help such equity indices,” Galy told CCN.com. “Both presidents need this lever to improve their weakening economies and trade negotiators are cognizant of this fact. Therefore, the odds are increasing significantly that tariffs are slowly but steadily going to be reversed or delayed.”

Mighty Apple stock continues to press into record territory with a more than 3% rally. 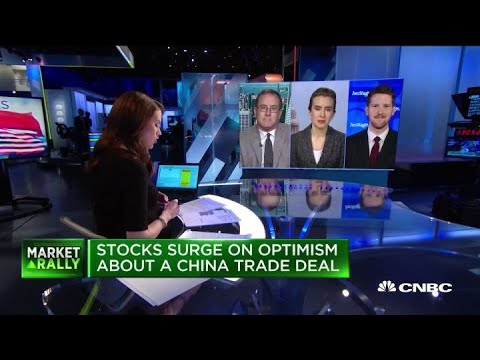 September 26, 2020 1 Comment
← PreviousGold Price Is Plunging Again: 2 Reasons Why
Next →Why the Real Dow Jones Rally Hasn’t Started, Even After a 300-Point Gain