The Dow shook off its Black Friday slump this morning, rising a few dozen points to begin December on a high note.

But as the trade war rumbles toward a new set of tariffs in less than two weeks, stock market bulls must wrestle with the passage of an unsettling milestone.

The next round of tariff hikes are now less than two weeks away, but if today’s stock market bounce is any indication, Dow Jones bulls don’t appear overly concerned.

That’s particularly striking because Monday marks a disquieting anniversary for the US-China trade war. One year ago today, US President Donald Trump and Chinese President Xi Jinping agreed to a temporary tariff truce.

“It’s an incredible deal. It goes down, certainly — if it happens, it goes down as one of the largest deals ever made,” Trump gushed at the time.

Maybe that statement was a tad braggadocious. But surely, the 90-day armistice would provide the two countries with enough time to frame a comprehensive trade agreement before tensions could escalate any further. Right?

The truce didn’t hold, and one year later, the Dow still has no trade deal to justify the next leg of its record-setting rally. 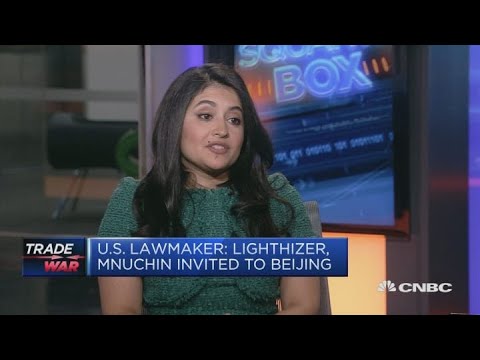 Officials on both sides of the negotiating table continue to tout the vague “progress” they’ve made, and markets cling to hopes that some deal – any deal – will arrive before Trump diverts his attention entirely toward 2020 electioneering.

Two months ago, that boundless optimism appeared vindicated when Trump announced that the US and China had reached a limited trade agreement. Yet here we are in the first week of December, and investors don’t seem any closer to finding a “phase one” deal in their Christmas stockings.

Trump Hikes Tariffs – But Not on China

Beijing continues to ask that the US unwind tariffs as part of any trade deal – even a limited one. The White House appears reluctant to relinquish the threat of tariffs, which it believes is a crucial bargaining chip.

Perhaps in defiance of Beijing’s demand, Trump marked the anniversary of the trade war truce by raising tariffs, though not on China.

The president announced this morning that he would restore tariffs on steel and aluminum from Brazil and Argentina. His justification? Currency devaluation – a charge he has previously lobbed at Beijing.

Nor did he appear the least bit hesitant about hiking import duties.

“U.S. Markets are up as much as 21% since the announcement of Tariffs on 3/1/2018,” Trump tweeted this morning, “and the U.S. is taking in massive amounts of money (and giving some to our farmers, who have been targeted by China)!”