The Dow might not extend its eight-session winning streak into the new week, but the stock market bellwether is proving its resilience following a historic disruption to the global oil industry.

Wall Street’s major indices all incurred losses at the opening bell, but the market’s pullback wasn’t nearly as substantial as investors feared when futures trading opened on Sunday evening.

Stock markets worldwide flinched after a drone attack in Saudi Arabia upended the global energy supply. Oil prices spiked, safe-haven assets like gold trended up, and equities grappled with the sudden injection of volatility that threatened to stop the Dow, S&P 500, and Nasdaq from all setting fresh all-time highs.

President Trump did his best to stabilize the US market by authorizing the release of oil from the country’s strategic petroleum reserve and expediting the approval of new oil pipelines.

However, he also introduced a potential geopolitical risk, tweeting that the US military is “locked and loaded” to respond to the attackers and is coordinating with Saudi Arabia to determine the appropriate course of action.

Saudi Arabia oil supply was attacked. There is reason to believe that we know the culprit, are locked and loaded depending on verification, but are waiting to hear from the Kingdom as to who they believe was the cause of this attack, and under what terms we would proceed!

Why the Saudi Oil Attack Hasn’t Crushed the Dow Jones

There are two reasons why the US stock market’s losses have been relatively muted in the first session after the brutal attack on Saudi Arabia’s oil production infrastructure.

First, economists anticipate that the direct impact on US economic growth will be limited. While consumers might gripe about rising gas prices, the decline in Saudi oil exports will benefit the US energy industry. Just last year, the US briefly became a net exporter of oil for the first time in decades.

Second, the biggest loser, other than Saudia Arabian national oil company Aramco (which might be forced to shelve its IPO), appears to be China – the largest importer of Saudi oil. 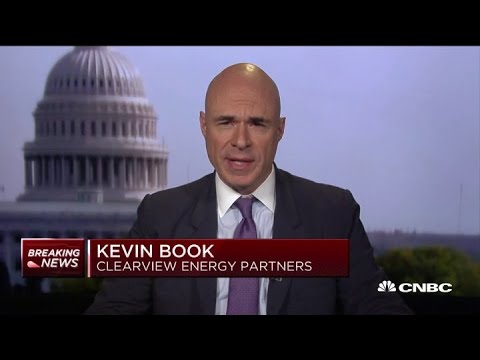 Already beset with a slowing economy made worse by US tariffs, China must also wrestle with skyrocketing oil prices. Further still, the Wall Street Journal reports that the oil supply drop makes Beijing’s chief weapon against US tariffs – devaluing the yuan – even riskier.

Consequently, when Chinese officials fly to Washington next month for the next round of face-to-face trade negotiations, they’ll have a much weaker hand than most analysts expected.

That’s good news for Wall Street bulls who hope to see Presidents Trump and Xi shake hands on a trade deal before next year’s presidential election.