Missile attacks rocked two joint Iraqi-US airbases to the West and North of Baghdad early Wednesday morning. Unlike the Green Zone rocket strikes near the US embassy Saturday, Iran’s military immediately claimed responsibility for the attacks. A US official told CNN there were no initial reports of US casualties. 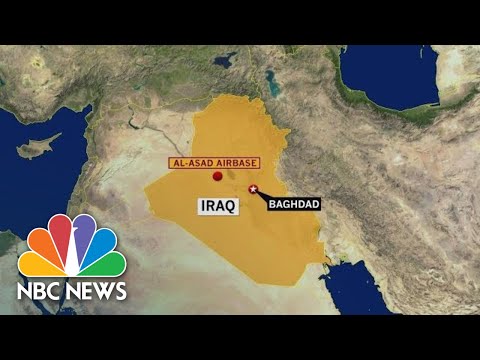 Over the weekend President Donald Trump threatened a swift US response to any Iranian retaliation for the killing of General Qasem Soleimani. Now fears that the targeted killing would lead to an unavoidable war with Iran are taking shape.

Markets have viewed the Middle East brinkmanship with trepidation since Soleimani’s death on Jan 3. But losses could have been much worse if cooler heads hadn’t prevailed.

Wall Street has even approached US-Iran tensions with a measure of cautious optimism. Traders expected any retaliation from Iran to be restrained, aiming to save face, but avoid a devastating full-scale war with the US. Today’s attacks were in line with those expectations. Wall Street has also seen worse days than these:

Today’s investors have seen the stock market recover from both 9/11 and the Great Financial Crisis, arguably the greatest geopolitical and economic shocks of our time. This makes it easier for investors to shrug off other events. -JPMorgan Funds Global Chief Strategist David Kelly

And the stock market has actually made gains over the course of previous wars.

War with Iran Might Not Hurt Stocks Long Term

Their track record strongly suggests markets do not abhor war so much as they abhor uncertainty. The uncertainty in the lead up to previous wars saw stock prices plunge and oil soar. But once war began, or soon after, they both reversed trends.

The stock market declined in the three months before the Iraq War. It rallied the day before the March 20, 2003 Invasion of Iraq and entered a bull market lasting until the subprime mortgage crisis in 2007.

The stock market’s recovery paused briefly in the lead up to US intervention in Libya as well. Then it rebounded as soon as the fighting started and continued to trend upward the rest of the decade.

World War I was a good time for the Dow too. War might not be so bad for stocks because increased government borrowing in war time drives down bond prices. That may drive capital away from the typically “safer” bonds into equities for shelter.

This article expresses the opinions of the author and should not be considered trading or investment advice from CCN.com.