China is still buying U.S. agriculture goods, despite yesterday’s threats to halt soybean purchases. Is China quietly backing down from the threat?

The U.S.-China trade war continued to dominate investor sentiment on Tuesday. This time, for the better. The Dow Jones is pushing higher, having erased losses stock futures encountered during the overnight session.

The strong spike higher came as China appeared to pivot on a key issue of the ‘phase one’ deal.

Contrary to yesterday’s bombshell threat to halt soybean purchases, China is still buying, per a report from Reuters. The claim was strengthened this morning by China’s Global Times – the English speaking newspaper associated with the Chinese Communist Party. GT reports:

Chinese firms continue to purchase US soybeans in line with market rules, unaffected by external factors.

The stock market has been teasing a strong move for a while, and this could be the catalyst.

Commodities traders struggled to figure out why China continued to buy despite the threat to halt imports.

It’s murky, really hard to say. Maybe they wanted to knock a few cents off the price, or maybe there’s some other agenda. 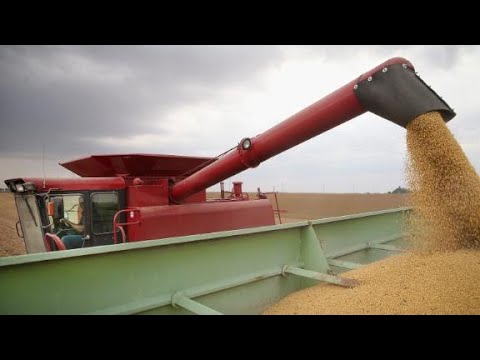 Soybeans might seem a trivial issue, but it’s crucial to the phase one trade deal. As part of the deal, China agreed to purchase an extra $32 billion worth of U.S. agriculture products. If they fail to hold up their end, Trump could terminate the agreement and send tensions to fever pitch.

China’s threat to withhold agriculture purchases roiled the markets. But was the threat just political theater?

Strategist Hao Hong at the Bank of Communications said it was little more than hot air. China’s demand for soybeans was already shrinking, he said:

Partly, it’s because of the the outbreak (that) actually impaired the logistic arrangements between China and the U.S., and also after the outbreak, what we see is that the domestic demand in China is actually collapsing.

They expect that [import halt] to be temporary. Supplies are adequate near-term due to current shipments, giving China freedom to threaten.

A renewed trade war with China continues to spook traders and many wonder if the ‘phase one’ deal is in doubt. Speaking to Bloomberg this morning, Joerg Wuttke, president of European Union Chamber of Commerce in China, said the deal is “pretty much dead.”

After the announcement that there’s going to be a huge increase in energy imports and other big ticket items. If you look at airplanes, that’s going to go. Then if you look at the oil price. So I thought the phase one deal is pretty much dead. 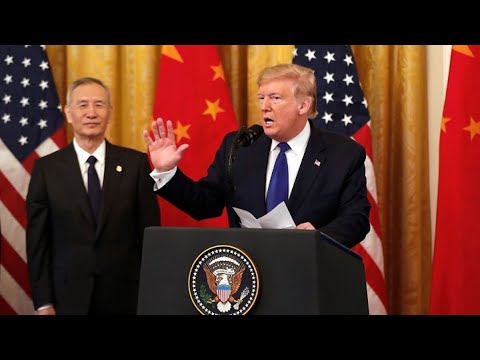 He thinks the trade war will spillover into a tech war, and then a financial war. It’s a domino effect, he said, that will cause slower growth. People will withhold investment and it’s bad for business.

It’s worth pointing out that the European Union business community has been critical of the deal from day one, however.