The stock market is about to get a lot worse before it gets any better, according to a new survey of CFOs. | Image: AP Photo/Richard Drew

The Dow and broader U.S. stock market ended May with a second straight monthly gain, as investors continued to bet on a full economic reopening in the second half of the year. But the rally could be short-lived as consumer demand remains subdued, according to a new survey of chief financial officers (CFOs).

The Dow Jones Industrial Average is more likely to retest its March bottom below 19,000 before reaching another record high, according to CNBC’s Global CFO Council Survey. Fifty-one percent of respondents believe this crash scenario will play out versus only 22% who say the Dow will reach a new high before experiencing a significant drop.

CFOs in Europe, the Middle East, and Africa (EMEA) are the most bearish on stocks, with 70% forecasting a return to bear-market lows.

The dismal outlook is attributed mainly to negative perceptions about consumer spending and supply-chains, a sign that business leaders believe negative fundamentals will soon catch up to equity valuations.

Consumer spending accounts for more than two-thirds of economic output.

CNBC’s survey is not without limitations, as only 41 of 130 council members participated. The study was conducted between May 14-28.

The survey also seems to contradict new models by some of America’s largest financial institutions.

On Monday, Bank of America said there’s a more than 90% chance equity markets will be higher one year from now.

Ironically, the bullish outlook stems from BoA’s “Sell Side Indicator,” which shows strategists are getting bearish on the market. But the indicator is contrarian, which means extremes in sentiment signal the market will go in the opposite direction.

Historically, when the Sell Side Indicator has been this low or lower, total returns over the subsequent 12 months have been positive 94% of the time, with median 12 month returns of +20%.

How quickly will the U.S. economy emerge from recession? 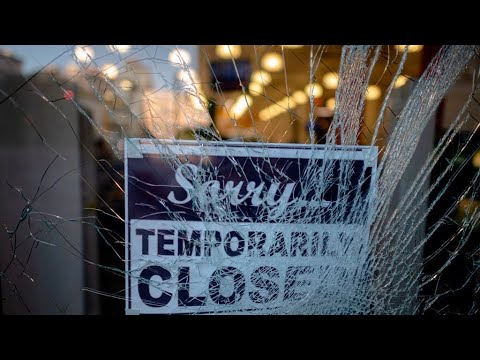 Goldman Sachs has also reversed its pessimistic outlook on the stock market. The Wall Street investment bank sees downside risk for the S&P 500 capped at 2,750–12.7% higher than the prior estimate of 2,400.

The powerful rebound means our previous three-month target of 2,400 is unlikely to be realized… Monetary and fiscal policy support limit likely downside to roughly 10%. Investor positioning has oscillated between neutral and low and is a possible 5% upside catalyst.

Disclaimer: The opinions expressed in this article do not necessarily reflect the views of CCN.com and should not be considered investment advice from CCN.com.