Stocks declined sharply in the final moments of New York trading, with the Dow Jones Industrial Average plunging 457 points. The S&P 500 and Nasdaq each fell 2.1%. For the Nasdaq, it was the first down session in seven days. 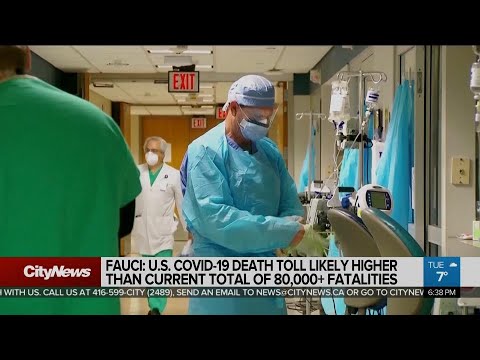 If certain areas prematurely open up, my concern is we might see spikes that turn into outbreaks,” Fauci told senators, according to The Wall Street Journal. “The consequences could be serious. Even in states that reopen with a deliberate pace… there is no doubt that when you pull back on mitigation, you will see some cases reappear.”

Most U.S. states have begun gradually reopening their economy after lengthy shelter-in-place orders. President Trump supports the reopening plan, even going as far as pressuring California to let Elon Musk restart production at his Tesla factory in Alameda County.

Musk had vowed to reopen the factory with or without approval from local authorities.

More than 1.3 million people in the U.S. have contracted Covid-19, yet many believe the economic blowback of prolonged lockdowns could have a far more devastating effect. The U.S. economy shed 20.5 million jobs in April as wage inflation soared to the highest level since the early 1980s.

Officially, more than 83,000 U.S. residents have died from Covid-19, but Dr. Fauci thinks the “number is likely higher.”

Globally, confirmed infections are racing toward 4.3 million, with Russia emerging as one of the fastest-growing hot spots.