By CCN.com: The Dow recoiled on Wednesday after China exposed its bombshell strategy to win the trade war by pressuring the Trump administration into capitulation.

Stocks plunged after Beijing revealed the ace up its sleeve in the rapidly escalating conflict with the United States: rare earths.

An editorial in the China’s People’s Daily – the Communist Party’s official newspaper – called for Beijing to drastically reduce exports of rare earths, which are vital to key industrial sectors including defense, energy, and automobile manufacturing.

Around 80% of all US rare earths imports come from China, and they’re crucial for producing everything from nuclear batteries to smartphones.

“There is no such thing as an automobile sold in the U.S. or made in the U.S. that doesn’t have rare-earth permanent magnet motors somewhere in its assembly,” Lifton said. “It would be a tremendous hit to the consumer appliance industry and the automotive industry. That means washing machines, vacuum cleaners, cars. The list is endless.” 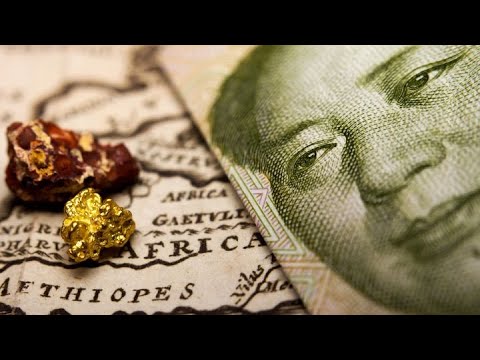 Chinese President Xi Jinping previously warned the country to prepare for a “new Long March” filled with “difficult situations,” implicitly threatening the US with a prolonged trade conflict that could not only outlast Trump but also several of his successors.

Almost as if penned by Xi himself, the China’s People’s Daily editorial issued an ominous threat:

Most trade war coverage has focused on the tariffs that the US has threatened to impose on Beijing. However, as China’s apparent move to slash rare earths exports demonstrates, China has plenty of ammunition to pinch the Trump administration where it hurts.

Beijing’s rare earths weaponization immediately places Trump on the defensive, and it further risks making his “We’re not ready to make a deal” boast ring more than a bit hollow.

Analysts have been sounding the alarm on US-China tensions since negotiations suddenly went south earlier this month, but investors seem to have anesthetized themselves to the gravity of the situation.

This collective delusion can’t last forever, and the stock market could endure a 10% crash once Wall Street sobers up.

“The market is deeply underestimating how bad it can get,” Sebastien Galy, a senior macro strategist at Nordea Asset Management, told MarketWatch. There’s a “60% chance that things go quite awry on the trade side,” and a 5% to 10% pullback for stocks is “quite likely.”